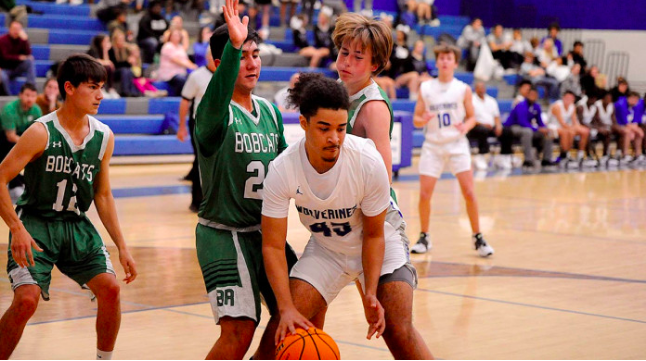 Hiwassee Dam nipped Polk County on Tuesday, edging the Wolverines 79-78 in overtime of a first-round matchup in the Maroon Devil Christmas Classic in Bryson City.

Polk County (5-3) will face Andrews at 11:30 a.m. on Wednesday in a consolation semifinal game. The Wildcats (3-6) fell 52-48 to Smoky Mountain in their opening-round matchup.

Sam Bradford scored 42 points to lead Hiwassee Dam (7-3) to the win. Bradford, a 6-4 senior, had 15 points in the fourth quarter as the Eagles rallied to force the extra period.

Dominique Carson had 35 points to lead Polk County, hitting six 3-pointers as part of that total. Kris Littlejohn added 13 points before fouling out in the fourth period.

Brandon West added 12 points, with Mackus Simpson scoring eight. Antonio Simpson had six points in the first half before being sidelined with a sore knee.