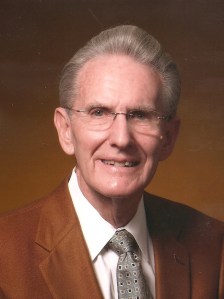 HILLSBOROUGH, NC — Reverend Larry Alden Taylor, 81, of Hillsborough, North Carolina, passed away peacefully in the early hours of Thursday, December 23, 2021, at Mebane Ridge Assisted Living.
Born in Tryon, North Carolina, he was the son of the late Guy Taylor and Lucille Foster Taylor. Larry was drafted into the Army in 1963 and after marrying the love of his life, the late Joyce Ann Nodine Taylor, he served until 1965 and then started his career in the Research Science field continuing to work for the military as a civilian at Fort Detrick in Fredrick, MD.

In 1968, Larry and Joyce moved to the Raleigh, North Carolina area where he continued to work in Research Science for several years until he accepted God’s call to the ministry in 1980.  Brother Larry, as he was lovingly called, served at Ridgecrest Baptist Church as an associate pastor before accepting a call to Bethel Baptist Church, in Lakeland, FL, in 1987. Brother Larry served the Lord and the people of Bethel and Lakeland for 22 years until he retired in 2009. He and Joyce moved back to their home in Hillsborough, NC where he continued to serve the Lord preaching in churches in the area.  Brother Larry loved the Lord and his family and touched so many lives over the years of his ministry.
In addition to his loving wife, parents, and siblings, he was preceded in death by an infant son, Larry Alden Taylor, Jr. Surviving are his 3 children; one son, Rodney Taylor (Martha) of Dublin, OH; two daughters, Beth Boyce of Hillsborough and Tara Walls (Robert) of Lakeland, FL.  Also, surviving are seven grandchildren and 9 great-grandchildren – with one more on the way!
A memorial service will be held Thursday, December 30, 2021, at 11:00 a.m. at Bethel Baptist Church in Lakeland, Florida and the family will receive friends one hour prior to the service.
A graveside service will be held at 1:30 p.m., Sunday, January 2, 2022, in Polk Memorial Gardens, Columbus with Reverend John Williams officiating.

Military honors will be conducted by the Polk County Veterans Memorial Honor Guard.
The family will receive friends Sunday from 12:30 p.m. to 1:15 p.m. at the McFarland Funeral Chapel.
An online guest register is available at mcfarlandfuneralchapel.com