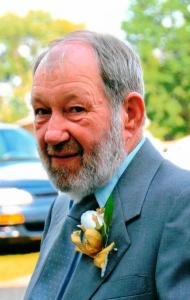 Mill Spring– Gary Burton McGuinn, 83, passed away on December 25, 2021. He was the husband of the late Jewell Allen McGuinn and the son of the late Clifford Burton and Agnes Marie Greene McGuinn.

He was a member of Big Level Baptist Church and was a truck driver most of his life. He was a veteran of the United States Army. Gary loved farming and liked to fish when he had the time. He taught his family loyalty and commitment as he lived it every day.

He was survived by three sons, James McGuinn (Cathy), Ricky McGuinn, and Randy McGuinn (Gretchin); a daughter, Crystal Jones; a brother, Marshall McGuinn (Wanda); eleven grandchildren and eleven great-grandchildren. He was predeceased by his parents and wife of 56 years, Jewell Allen McGuinn.

The family will receive friends from 1:30-2:30 PM Wednesday, December 29, 2021, at Big Level Baptist Church in Mill Spring. Funeral services will follow at 2:30 PM in the church conducted by Rev. Sean McKaig, Rev. Danny Garrett.  Burial will be in the church cemetery.

The family will be at the home of Randy and Gretchin McGuinn.