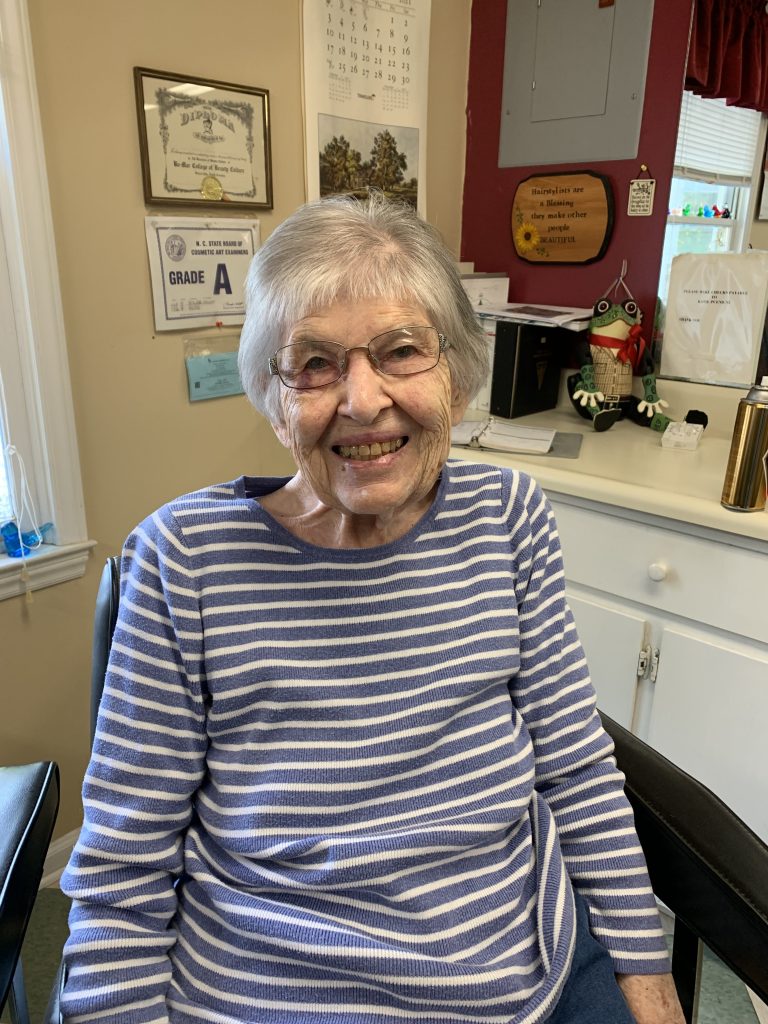 After receiving a bachelor’s degree in Home Economics from Purdue University, Mary Jane Bird married Alan (Hap) Dillistin Johnson, on June 11, 1942.  Shortly after their marriage, during and after WWII, she and Hap raised their four daughters in northern Ohio.  Mary Jane was a dedicated homemaker with exceptional cooking and handiwork skills, which she passed on to her daughters.  She was a true home economist:  creative ‘leftovers’, mending socks, canning tomatoes and peaches every summer.

In 1975, Mary Jane and Hap retired to NC to plant a vineyard and a large garden.   In addition to becoming an excellent vegetable gardener, Mary Jane became a skilled weaver and participated in a Tryon, NC, weaving group.  She was a quiet person but had a warm, inquisitive, and caretaking style that drew people to her.

Mary Jane’s ashes will be laid to rest in a family plot in New Jersey this summer.

An on-line guest register is available at mcfarlandfuneralchapel.com