Columbus man sentenced for woman in the well 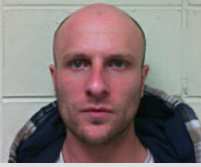 COLUMBUS—A Columbus man was sentenced last week for voluntary manslaughter in the case of a woman found in a well in 2018.

Jeremy Lynn Bradshaw, who was 34 at the time of his arrest, of 228 Winwood Dr., Columbus, pleaded guilty and was sentenced last week by Judge Mark Powell in a Polk County Criminal Superior Court Administrative Session.

A first-degree murder charge was reduced to voluntary manslaughter, with Bradshaw receiving 73-100 months in prison, with credit for 1,341 days of time served. Bradshaw will serve a little over another 2-4 years in prison after the credit.

Karen Denise Jenkins, 46, went missing from the Landrum area in November 2017 and her body was discovered in a well in Lynn in February 2018. The autopsy report concluded she died by strangulation and Bradshaw was arrested on first-degree murder charges in 2018. Jenkins’ body was found on family property of Bradshaw’s in the Lynn community. In 2018, then district attorney Greg Newman said he would seek the death penalty in the case.

Bradshaw claimed to detectives at the time that Jenkins died of an overdose in his home in November 2017 and took detectives to the body, located on his grandmother’s property, just off Highway 19 in Lynn.