Don’t you get bored? 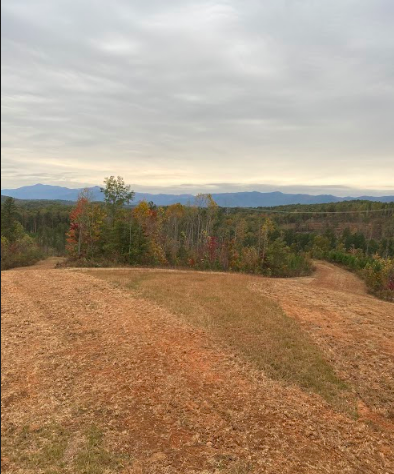 Inevitably, deer hunters are asked “Don’t you get bored?” Deer hunting in our area can be described as a peaceful time in the woods that is sometimes interrupted by a deer. For some folks, the idea of sitting in the woods for hours on end is less fun than watching paint dry. This weekend I hunted at the Clinton House Plantation to see if I “got bored.”

The morning started out with a nice fellow named Jordi dropping me off at my deer stand. As my eyes became accustomed to the darkness, I started to piece together my view for the day.

Immediately, I thought there were deer all around me. The sun started to illuminate my surroundings and the deer turned out to be bushes. I was sitting next to an area that was mostly harvested for timber in the last couple of years.

A popular opinion is that cutting trees is bad for wildlife. Seeing fifty acres being clear cut may make some angry. But, the wildlife lover will deal with the short term eyesore because in a year, the sun will create a smorgasbord of wildlife food.

Sitting next to this field I saw hundreds of songbirds fluttering around. Chickadees, wrens, nuthatches, and goldfinches surrounded me. Behind me in the trees, Red Bellied Woodpeckers and squirrels made so much racket I could barely hear if a deer was approaching.

I may not have been able to hear a deer, but I wasn’t bored.

After I was desensitized to the feathery creature noise around me, I heard the tell tale footsteps of a deer. There was a creek behind me  and the leaves had not left the branches of the poplars below.

Through a tiny hole of leaves, I saw the flash of antlers. My heart raced as I looked through the binoculars. By the time I had the deer in my field of view, all I could see was the southbound side of a northbound deer crossing the creek. Into the thicket the buck went and I went back to enjoying the nature show in front of my stand.

Soon after, I heard a whoosh behind my head as a hawk perched in the tree next to me. He was doing the same thing I was, hunting. Slowly he scanned the underbrush for breakfast. In a flash he made his choice off the menu and picked up a squirrel. He carried it off to eat in privacy while I watched for the next act of this nature show.

Wild turkeys and even more deer crossed the openings throughout the morning. Before I knew it, it was noon and my stomach sounded like a bear growling.

Jordi picked me up and took me back to the Clinton House Clubhouse. He asked, “How was the hunt?”

I responded, “I saw more animals in those few hours than I could imagine. Everywhere I looked there was something interesting.”

I may not have shot a deer, but I definitely wasn’t bored.