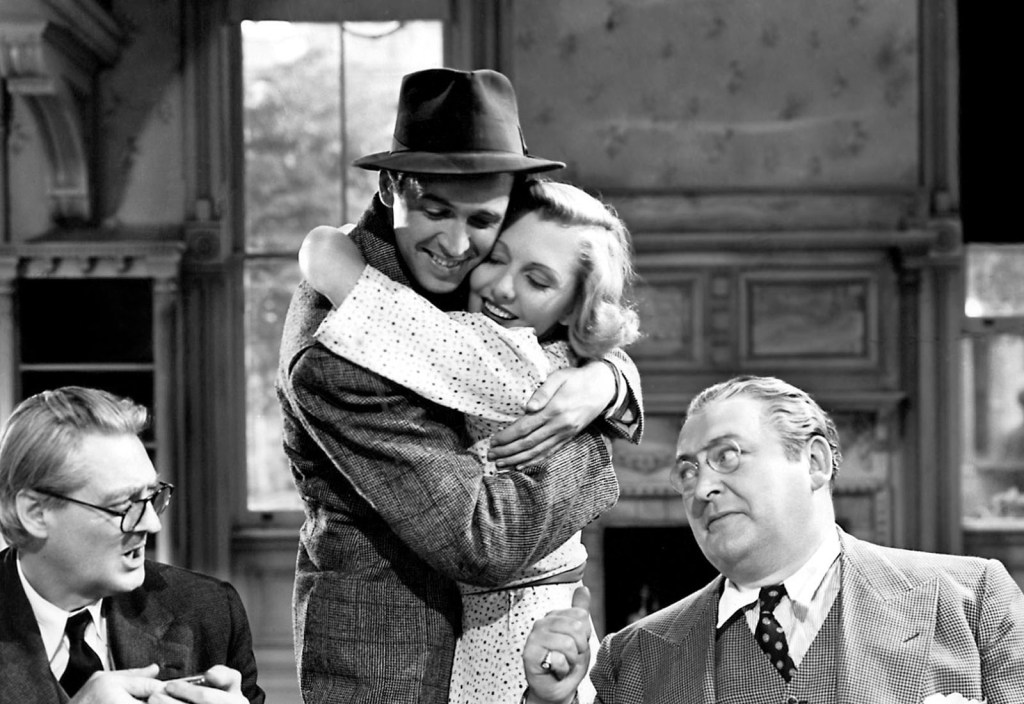 The 1938 classic comedy You Can’t Take It With You will be screened at Tryon Fine Arts Center on Tuesday, December 14 at 7:00 p.m. Tickets are $7.00 at the door or online at https://tryonarts.org/events/.

Described variously as charming, hilarious, heart-warming, screw-ball, inspirational, joyous, and wonderful, You Can’t Take It With You was released in 1938 at a time when the United States and much of the Western world was still emerging from the Great Depression.  Its theme of optimism prevailing over adversity is perhaps as relevant now, as we emerge from the pandemic, as it was back then.

Directed by Frank Capra, the film is an adaptation of the Broadway play of the same name by George S. Kaufmann and Moss Hart.  The story takes place primarily in the New York home of an eccentric family with wildly unsynchronized hobbies and uncertain means, and a somewhat naive young man who enters their lives.  It has an amazing cast, including a young James Stewart, Jean Arthur, Lionel Barrymore, Edward Arnold, Mischa Auer, Spring Byington, 15-year-old Ann Miller, and a very charming kitten.

In a relatively recent review (2010), James Berardinelli wrote: “The film’s triple-prong of optimism — the triumph of goodwill over avarice, love conquers all, and the importance of family over possessions — makes it a sunnier offering than even It’s a Wonderful Life, which is has often been branded as Capra’s most upbeat motion picture.”

TFAC’s doors and the lobby bar will open thirty minutes before the movie begins.  Attendees must show proof of vaccination or a negative covid test.  Masking indoors is strongly recommended.  See website for more details.