The Year in Review-April, May and June 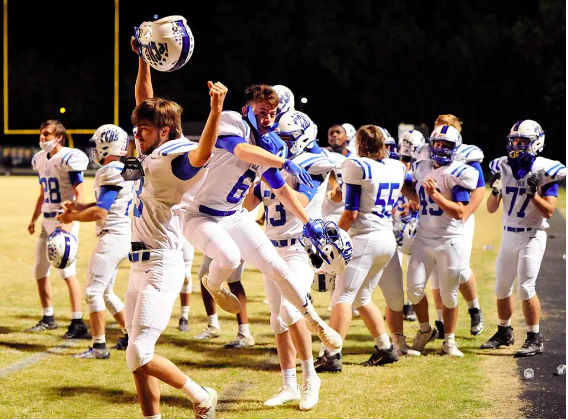 Editor’s note: Over the next several issues, we will publish our annual look back at some of the top stories, news makers and images that shaped the year 2021. Following are several of the top stories published in the Bulletin in April 2021:

POLK COUNTY—Polk County Commissioners got some good news that a broadband expansion is happening throughout the county through Windstream.

The Polk County Board of Commissioners met in April and heard from Sarah Hardin, Vice President-State Government Affairs Windstream.

Hardin said Windstream received a grant through the Rural Digital Opportunity Fund Expansion, which is a federal program for rural broadband expansions around the country.

About 711 Duke Energy customers woke up to no power in the Tryon area Thursday. While some customers received power by noon, others did not get power back until Thursday evening.

Then later Thursday evening there were about 430 customers who lost power in the Landrum/Campobello area.

The winds did damage around the area by knocking down trees and power lines.

No charges in Saluda shooting

SALUDA—A shooting that occurred on March 21 in Saluda where a victim was shot in the leg was recently deemed accidental.

The City of Saluda alerted the public on Thursday that investigating law enforcement agencies concluded that it was an accidental discharge of a firearm and no charges will be filed against the owner of the firearm.

The display was placed at Stearns, in downtown Columbus for Litter Sweep Month by Conserving Carolina, who has partnered with Columbus and others to clean up the county during the month of April.

The removal began with a complaint to the county and some have named the person on social media since the removal of the display. 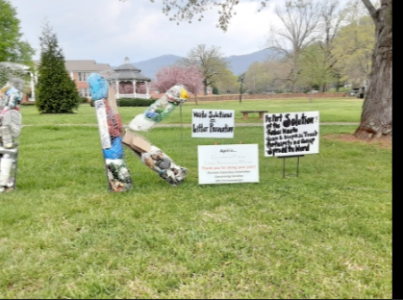 POLK COUNTY—It’s tax season and after analyzing the IRS data, SmartAsset has determined that Polk County residents ranked in the top 10 of counties in North Carolina for the most charitable contributions.

Polk County ranked 9th in the state for donating the most money in 2020.

CAMPOBELLO—Some local residents have united recently to oppose a proposed RV Park off Landrum Mill Rd. near Landrum and Campobello.

Landrum City Council met Tuesday and heard from Madelon Wallace, who has started a petition against the park.

Spartanburg County Council is scheduled to meet this Monday to hear the plans of the park.

The park is proposed to be 50 sites, located at 1970 Landrum Mill Rd., Campobello.

SUNNY VIEW—The Polk County Sheriff’s Office arrested a panhandler in Sunny View Wednesday evening that was discovered to have been a fugitive in both Henderson and Buncombe counties.

Tucker Roy Holton, of Souther Rd., Fletcher, was taken in custody and turned over to the Henderson County Sheriff’s Office without incident, according to Polk County Sheriff reports.

COVID on the decline

POLK COUNTY—COVID-19 cases in Polk County were on the decline last week with just a 1.2 percent positive rate.

The county has had a total of 1,457 cases since late last March, adding 13 new cases last week.

As of last Friday, the county had 1,412 presumed recovered and remained at 28 total deaths from the virus.

TRYON—Tryon Mayor Pro-Tem Chrelle Booker was one of 8 women leaders in the country to be featured in a CitiesSpeak blog for Women’s History Month at the National League of Cities.

The South Carolina Department of Education released an update this week with plans to transition to full face to face instruction for schools.

Currently in South Carolina, there are 76 districts already offering full face-to-face instruction for all students and 3 districts, including Greenville County, who are offering hybrid in-person instruction.

POLK COUNTY—For only the third time in history, Polk County’s District Attorney was removed from office on Tuesday.

Newman is the district attorney for Henderson, Polk and Transylvania counties.

On to the Regionals

In this most unconventional of football seasons, why not make some school history? And why not do so by handing off 34 times to your sophomore running back? Or scoring once on special teams and once on defense? Or getting perhaps the two most important plays of the season from a freshman who no one even expected to be playing football this year? And do all of that after having not played a game in four weeks?

A Western Regional final appearance awaits Polk County for the first time, the Wolverines securing a trip next week to East Surry with a 30-27 victory Friday at North Rowan in a 1AA quarterfinal affair. 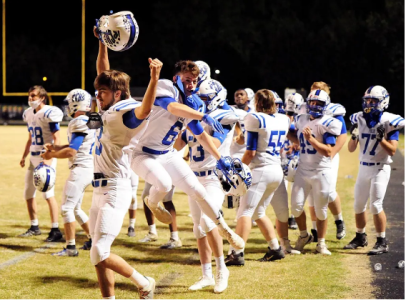 Editor’s note: Over the next several issues, we will publish our annual look back at some of the top stories, news makers and images that shaped the year 2021. Following are several of the top stories published in the Bulletin in May 2021:

POLK COUNTY—Polk County’s percent positive rate for the COVID-19 virus last week was one of its lowest at 0.7 percent, but there was another death, making the total deaths in the county at 30.

The Polk County Health and Human Service Agency released its COVID-19 report last Friday, with the county adding another 14 cases last week. The total number of people who have had the virus in the county is 1,478, compared to 1,464 cases the prior week. The people who are presumed recovered are 1,424 with 30 people who have died.

There have been 67 people hospitalized from the virus, according to the Polk County DHHS.

The county has administered 16,876 vaccines with 7,952 people having complete vaccines as of last Friday.

The board of commissioners met Monday and recognized Wright on graduating from the North Carolina Sheriff’s Association Leadership Institute. 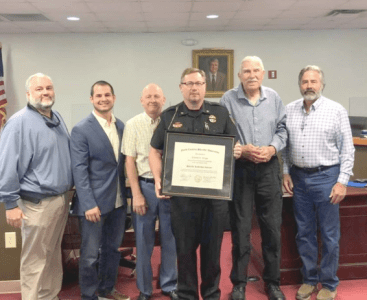 COLUMBUS—Local residents and church leaders gathered Thursday afternoon to participate in the National Day of Prayer.

The event included prayer and music at the Polk County Courthouse. The event is held every year at the courthouse steps in downtown Columbus with local church officials leading the event. This year included live music.

There have been more than 140 National Days of Prayer, where people throughout the country gather at the same time to pray. The National Day of Prayer is normally held on the first Thursday in May. 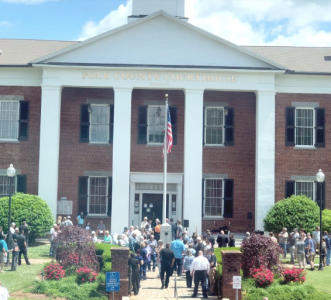 To mask or not to mask

COLUMBUS—The Polk County Board of Commissioners made a statement last week that they do not agree with the governor’s masking and gathering requirements.

The Polk County Board of Commissioners approved a resolution asking North Carolina Governor Roy Cooper to eliminate the gathering and masking requirements as soon as feasibly possible.

The resolution says that Polk County citizens are dealing with the restrictions put in place by Cooper’s executive order and it is impacting business and economic development.

FOOTHILLS—Many area residents were searching for gasoline by Tuesday after a pipeline ransomware attack of a major pipeline.

Colonial Pipeline, which moves about 45 percent of the East Coast’s fuel, shut down last Friday after hackers infiltrated the servers. Local gas stations had long lines Tuesday and by Wednesday local residents were taking to social media trying to find stations with gasoline.

The shortage has caused stations to be out of stock as well as skyrocketed prices for fuel. 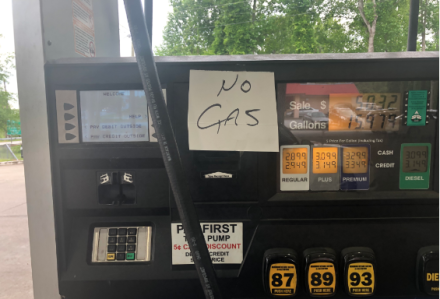 POLK COUNTY—Polk County High School and Polk County Middle School will be offering free COVID-19 vaccines next week for students age 12 and above.

The schools are partnering with the Polk County Health Department to offer the vaccines with permission from parents.

TRYON—Long-time district attorney Alan Leonard will be remembered next weekend in a service at Harmon Field.

Lt. Col. Leonard also served as an advisor on legal issues to sheriff’s departments across the state of North Carolina also served in the Air National Guard and did 2 tours of duty in the Persian Gulf War and received several medals for his service. 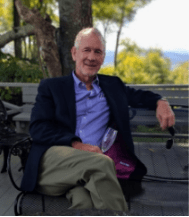 COLUMBUS—Following a historic election year in 2020, the Polk County Board of Commissioners approved a budget amendment this week to cover additional salaries and benefits for the election office.

Commissioners met Monday and heard from board of election director Cliff Marr about the need for additional money.

Commissioners approved taking $20,474 out of fund balance to cover the extra costs this fiscal year.

The concerns stemmed after South Carolina recently gave parents the option of whether or not to make their children wear masks to school.

The Bulletin reached out to Polk County Schools Superintendent Aaron Greene this week, who said the requirement is the North Carolina Governor’s order.

The state notified the Town of Tryon of the closure on Friday with state officials saying the bridge would be closed until further notice.

The Town of Tryon owns the water and the dam and the state owning the roads. The bridge was reopened after an inspection.

Getting the scenic byway designated has been years in the making following the state at one time proposing to widen Highway 108 between Columbus and Tryon.

The designation is an extension of the U.S. 176 scenic byway that goes from Tryon to Saluda. 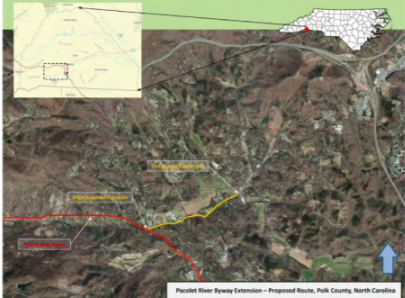 Polk County and the North Carolina Wildlife Resources Commission are working together to dredge the lake.

Polk County owns the lake, but the state is responsible for keeping it public at the marina.

The dredging is planned for this fall, with the permit for almost 6,800 cubic yards of material to be taken out at the marina. 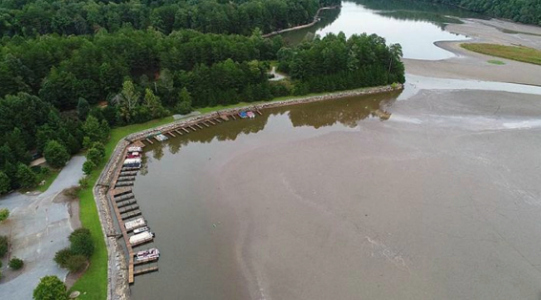 Editor’s note: Over the next several issues, we will publish our annual look back at some of the top stories, news makers and images that shaped the year 2021. Following are several of the top stories published in the Bulletin in June 2021:

TRYON—Town of Tryon residents may see an increase in taxes next fiscal year, which begins July 1 with a proposed tax increase of 6.5 cents per $100 of valuation.

COLUMBUS—A sign that was installed by the county at Stearns Park Thursday caused people to gather against forced vaccines.

The protest occurred Thursday at 5 p.m. and was organized within 6 hours by the Republican Headquarters. About 25 people attended.

Polk County GOP Chair Lee Emerson said there has been a lot of misinformation about a lot of things and he is very against forced vaccines or vaccine passports. 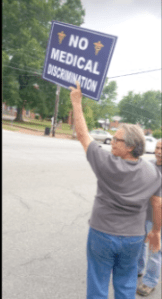 SALUDA—Local emergency agencies were called Sunday afternoon to the Green River Cove area in Saluda to a report of 3 missing children.

All children were found shortly after the arrival of emergency crews and returned to their families safely.

The Polk County Sheriff’s Office reported the missing children Sunday afternoon alerting the public that there was a heavy emergency response presence in the area.

Fabulous Fourth is back

COLUMBUS—After taking a year off because of COVID-19, the Columbus Fabulous Fourth Celebration will be back again this year.

The Town of Columbus is currently planning the celebration, which will be held on Saturday, July 3 this year because of the 4th falling on a Sunday.

The 48th annual BBQ and gospel singing at Veterans Park will also be held from June 29-July 2 to benefit the Town of Columbus Fire Department.

COLUMBUS—A Polk County senior getting ready for graduation wrecked this week and was severely injured and later died.

The North Carolina Highway Patrol reports that Quinton Webber, 18, was driving a 2009 model Honda at mile marker 164 of U.S. 74 at 9:53 p.m. on Monday night when he hit the guard rail, flipped and was ejected from the vehicle.

No speeding was detected as the highway patrol reports that the vehicle was going 65 mph in a 65 mph zone.

Webber was transported to Spartanburg Regional Medical Center where as of press time he was in the critical care unit but passed away Friday night. 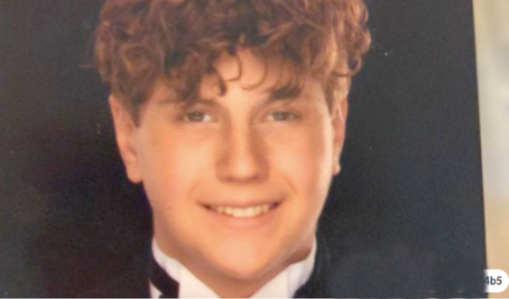 MILL SPRING—A Mill Spring man was shot and killed Sunday afternoon and his younger brother was taken into custody on first-degree murder charges, according to the Polk County Sheriff’s Office.

Montgomery Graham Burnett, 24, of 30 Rabbit Run Ln., Mill Spring, was arrested and charged with first-degree murder, according to sheriff reports.

When deputies arrived, they found a male subject who had been shot. The victim was later identified as Justus Ian Burnett, 30, of the same address, who is the older brother of the suspect. 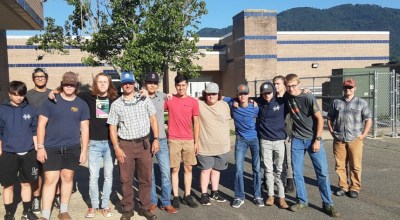 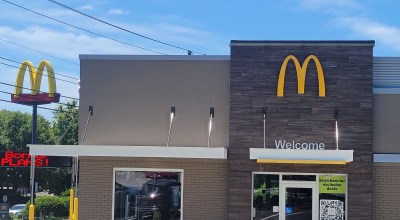