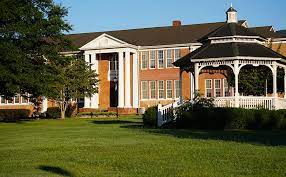 COLUMBUS—Polk County Commissioners heard from a couple parents this week about books and other issues they are concerned about at Polk County Schools.

Commissioners met Monday and heard from 2 residents during citizen comments on non-agenda items.

Jason Allen addressed books that he said should not be available to children at school.

He said his wife was crying over the weekend, praying to God asking how they can deal with this in a peaceful manner.

“I don’t think people need to be reading pornographic material or material that has extreme violence in it,” Allen said.

He said he discovered one book has a couple of boys pinning another boy down while he is being raped by another young man and another book has someone being choked out until they puke.

He also said while they are speaking to one principal who is working with the group, there’s another individual in the school system who needs to cool their temper or step out.

“These books don’t need to be in the school,” Allen told commissioners. “I don’t care if you believe in God or don’t believe in God.”

Amber Hall also spoke about how a parent was recently treated at a school. She also said the county has an employee working under the county manager who has committed a felony.

The book issue has been discussed on social media this week and an email with a list of books that should be banned generated for people to send to the school board.

The school board meets on Monday at 6:30 p.m. at Polk County High School.