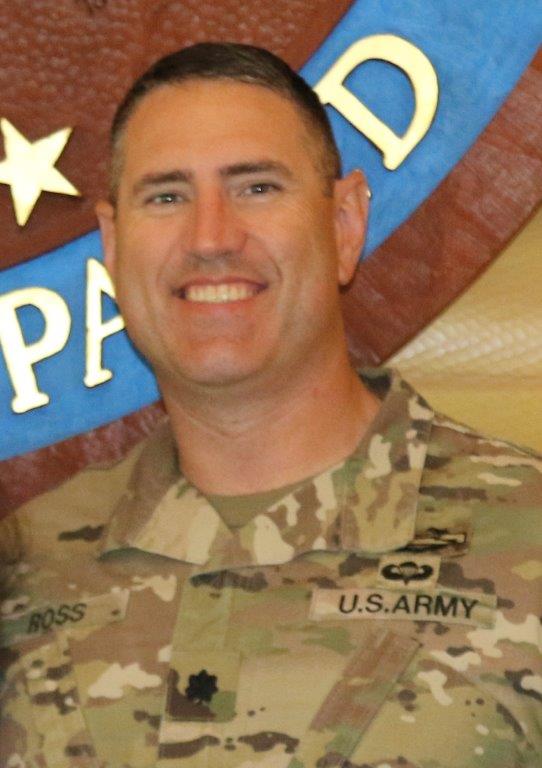 On June 23, 2021, in a ceremony at Camp Atterbury, IN, Lieutenant Colonel Mark V. Ross assumed command of the 1st Battalion, 335th Infantry Regiment of the 157th Infantry Brigade at that installation.

LTC Ross is a 1995 graduate of Niceville High School, Niceville, FL. He was commissioned into Field Artillery through the ROTC program at the University of North Carolina at Chapel Hill in 2002 where he earned a Bachelor’s Degree in Political Science. He later received a branch transfer to Infantry in 2007. He also earned a Masters in Management from Webster University in 2014.

His major awards and decorations include the Combat Infantryman’s Badge, the Combat Action Badge, the Bronze Star (1OLC) and the Meritorious Service Medal (4OLC).

He is the son of Mark and Vickie Ross of Niceville, FL and the grandson of the late Tollie and Lona Mae Ross of Tryon, NC. He is married to the former Jill Pedretti of Verona, WI and they have two children – Kristin 12 and James 8.