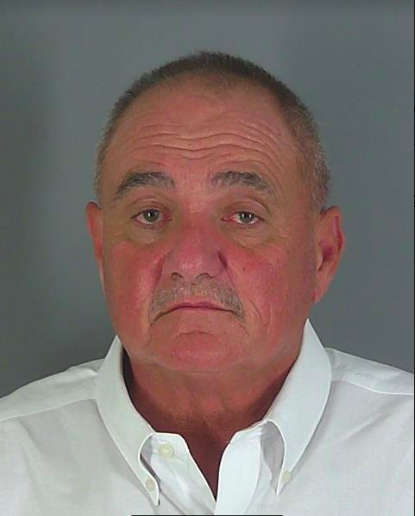 CAMPOBELLO—A Campobello man received a 12-year prison sentence for a 2020 fatal hit and run along Highway 11.

Randall David Price, 58, pleaded guilty on Wednesday to hit and run with a death.

The wreck occurred on Oct. 2, 2020 on Highway 11 near Harvey Gosnell Road, where Dalton Lee Taylor, 27, also of Campobello, died. Taylor was riding a moped around 11:10 p.m. when he was struck by a Chevrolet pick-up truck driven by Price, according to police reports. Price hit the moped in the rear and fled the scene. Taylor died at the scene.

The South Carolina Highway Patrol investigated and determined from truck parts found at the scene the type of vehicle that struck the moped. A search of truck owners nearby led them to Price’s truck hours later, where they found heavy damage to the front end.

Price told troopers he thought he struck 2 deer in the road. Troopers later learned that Price stopped on his way home and pulled moped parts out of the grill of his truck.

Price has no prior criminal record so will serve about 10 years of his sentence before he is eligible for release.

“Anyone involved in a wreck should be responsible enough to remain at the scene and cooperate with the law enforcement investigation,” Solicitor Barry Barnette said. “Hit and run cases should never happen and they are completely preventable.”