Life in Our Foothills December 2021 – Alfard Mullins, a Living Legend 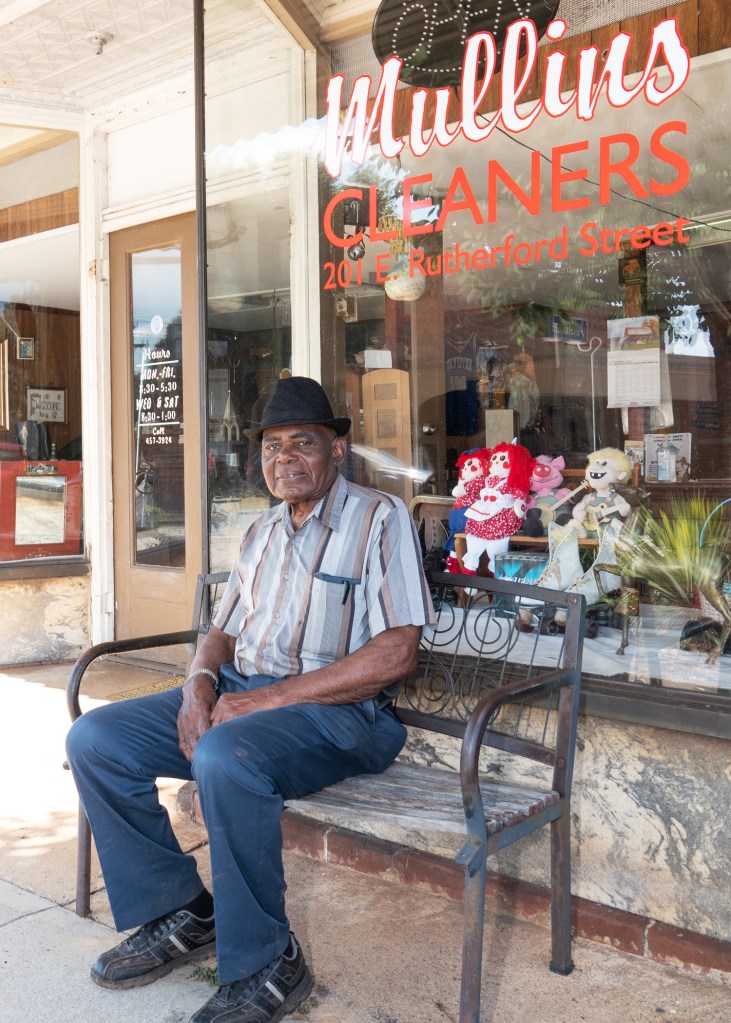 When I went to interview Alfard Mullins, the story was meant to be about Mullins Cleaners. And yes, this story will get back to that from time to time.

But what I found out was that Alfard Mullins is so much more than the dry cleaners & laundry he owns in downtown Landrum. He is truly a local institution – a sage, a philosopher, a hard worker. And he’s just a downright totally decent and sincere human being. I would like to say he’s a friend, but I just met him for the first time for the interview. However, by the time I left a couple of hours later I was feeling like he was a friend that I had known for years.

I knew I was in for a treat when I went through the formality of asking his name. I do this to make sure the digital recorder is working and to get the name right for the record. Mr. Mullins strongly stated his name as Bishop Alfard Mullins. I assumed the “Bishop” was a given name as I’ve known people with unusual names such as “King,” “Major,” and even “Mister” as one of their names recorded on their birth certificate. (I’ll get to his age in a minute…that’s another story.)

But Mr. Mullins was quick to state that “Bishop” was a title in the church and that he was and is, at an advancing age, (I’ll get to that in a minute) a Bishop in the church. In fact, his church. A church he still pastors at every week. That was the start of another story which yes, I’ll get to in a minute.

You can see…Mr. Mullins is a man of many stories. And all of them make up his life.

Alfard Mullins doesn’t know exactly how old he is. There’s a reason for that. It’s not his memory. That is crystal clear. Mr. Mullins gives 92 as his age. It could be “give or take ” a year or two. Back when he was born, it wasn’t routine to be born in a hospital with accurate recording-keeping being the norm. His birth was attended to by midwives – and the exact date was never recorded. When Mr. Mullins checked with Spartanburg County to see if they had a copy of his birth certificate…they didn’t. They had one for all his brothers and sisters but not for Alfard. The midwives have all long since “gone to be with Jesus,” according to Alfard, and an exact date would never be established.

Alfard says his father said he was born in “blackberry” season which roughly meant June or July. Based on the birth years of his siblings – his birth date was set as June 30, 1929…just a few months before the stock markets would crash, sending the world into a Great Depression. It was not an easy time to enter this world.

Mr. Mullins was raised in the Mud Creek area near Inman. His family was a strong influence on making Alfard the outstanding person he is. He learned right from wrong at an early age. He learned that working hard and being honest are values needed to make it in a world not always open and kind to someone with his background. He was determined to prove to others that he was capable of anything even with the deck stacked against him.

Alfard left the Mud Creek area to find work when he was about 15. He didn’t have to travel far when he found a dishwashing job at the old Hotel Tryon and in a few more years was cooking at a café in Tryon. It wasn’t long before he found the girl he wanted to marry and made Tryon his home. Alfard was in his early twenties when he got his first job in the laundry business. That was the start of his long career that led to Mullins Cleaners in Landrum. While he had no clue then that he would one day own his own dry-cleaning establishment…the wheels of opportunity were turning.

The Perry Earle Christopher family owned the cleaning business in Landrum (Christo Cleaners) and other Christopher family members had other businesses on both sides of the street. It wasn’t long before Alfard figured that would be a good family to cozy up to. Alfard says, “Mr. Christopher was a good man.” When Alfard Mullins was ready to buy his first house, it was Mr. Christopher who went to the bank and vouched for him. Mr. Mullins still tells folks, “He helped me get on my feet…and I’ve been walking ever since.”

Eventually the Christopher’s sold the cleaners to Norma Mills and Alfard stayed on to help since he knew the business. But it was finally time for Alfard to own the business himself, and he ultimately found himself being a Landrum entrepreneur. It was a long journey to go from washing dishes in a hotel to being a business owner with employees. Alfard Mullins and his Mullins Cleaners have been a Landrum landmark for several decades. He says he knows Landrum and Landrum knows him. “I’ve helped the community by serving on every kind of board and committee from desegregation to beautification to zoning.”

Alfard Mullins isn’t one to sit still. While the cleaning business isn’t what it used to be, there is still a need. Alfard’s youngest daughter, Vivian, opens the store in the morning and Alfard comes in every day at noon.

Amid running the cleaners, he also still serves as Bishop of his own church. Alfard has been a minister for over 50 years. But after getting tired of being moved every so often to different churches, he decided it was time to start his own. For the past twenty years he has been the pastor of Greater New Hope Miracle Family Church in downtown Forest City. Hence the title, “Bishop.”

And if that’s not enough to fill one’s days, Alfard Mullins was also employed by Polk County Schools for more than 40 years. Alfard says he never actually applied for the job. A friend wanted him to come by and help for a day and that led to an opportunity to continue. Mr. Mullins remembers telling the superintendent, “I’m not applying for the job, but I want you to know that if you do interview someone else…I’ll still talk to you.” He also told the superintendent that while, “I’m not applying for the job, you need to know that I’m dependable, I’m honest, and I’m respectable.” Alfard got the job he hadn’t applied for, and the job stretched to years and then decades. He just retired from this job two years ago.

Alfard Mullins is living proof of The American Dream. He is still the dependable, honest, and respectable person he said he was when getting the job with Polk County Schools. He knows how to stick with something and make it work. Just take his marriage as another example. He has been married to Johnnie Bell (JB) for 70 years or better. He’s not quite sure how long, but JB is the same “girl” he courted when he first came to Tryon looking for a future. His oldest son once asked him how do you do it? Alfard, is his ever-philosophical outlook on life replied, “Keep your mouth shut and don’t try to have the last word.”

We could all learn a lot about life from Alfard Mullins.

Business Info:
Mullins Cleaners is open 9 to 5, Monday to Friday and 9 until 1 on Saturdays. They are located at 201 East Rutherford Street, Landrum. In addition to dry cleaning and laundry services, they also do alterations. They are also able to wash horse blankets, a valuable service in this area.
Phone: 864/ 457-3924. 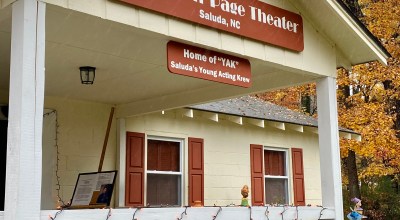