Blessing our children with toys for Christmas 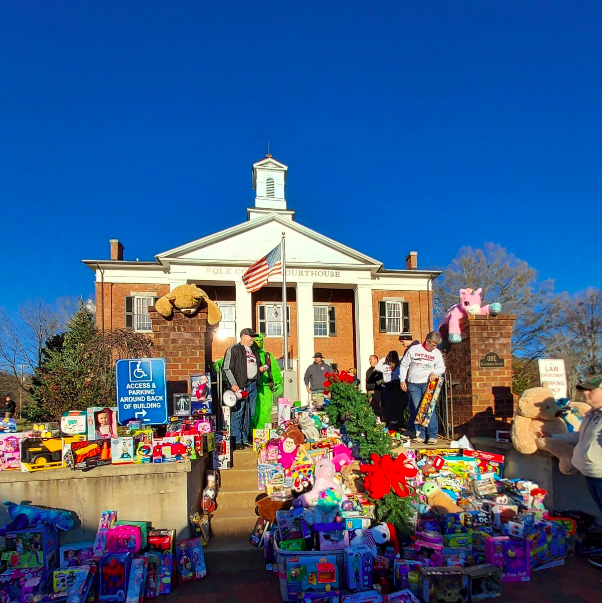 SALUDA—Polk County’s children should have a great Christmas this year as almost 500 motorcycles participated in the annual toy run.
The toy run was held on Saturday and included a motorcycle ride from Saluda, through the county and Landrum and ended at the Polk County Courthouse. Santa, Mrs. Claus and the Grinch showed up this year.
There were 488 bikes and 184 passengers and volunteers at the toy run this year.
“What an awesome day,” said toy run organizer Barry Gee. “Thanks to all our supporters.”
The toys and monetary donations are given to the Polk County Sheriff’s Office, Outreach, Steps to HOPE and the Polk County Department of Social Services, who distribute the toys to children in need in Polk County.