Can you hear me now?

For the third time in as many years, I have broken my phone.

Not just broken, but smashed and demoralized.

Unlike last time, this phone wasn’t churned up by the bush hog, but finally succumbed to a relentless onslaught of being knocked out of my hand by a curious horse, bouncing across the concrete barn aisle, or sent flying upon my being greeted by our two exuberant hounds who are the rambunctious canine equivalents of Minnie Pearl.

I have to say it’s been delightful not having that little addictive rectangle, continually urging me to check messages and phone calls throughout the day. Not only have I gotten more things done, but have had that quaint opportunity to use—what are they called?—oh, yes, words, to describe something I’ve seen: “The mists clinging over the fields this morning was unearthly,” rather than to take a photo and forward it.

As my phones have always been inherited from Paul after he upgrades to the newest version with all the bells and whistles, when I have to replace mine, it has to be, he says, an i-phone, “because everything else in the house is Apple and they all communicate with each other.”

(I have, like, three apps on my phone and don’t even try to watch television while he’s out of town because there are four remote controls that leave me so irritated that the only ‘communicating’ that occurs is me bellowing profanities at them.)

And so off we went to the Apple Store to see if, by any happy chance, the phone could be repaired.

“Wow,” said the tech, turning the shattered instrument over in his hands, “Was it in Afghanistan?”

“No, just daily living on a farm.”

“What model was it?” he asked.

I looked blankly at Paul as I had no idea.

“An XS,” he replied, then rattled off that he had gone online to Apple in an attempt to fix it by pushing-the-volume-down-button-on-the-left-and-the-power-button-on-the-right-at-the-same-time-until-the-computer-recognized-and-tried-to-restore-it, but all in vain.

Unsurprisingly, nothing could be done to repair it and Paul, not in his best mood, wasn’t too keen on the outlay of cash to purchase another one.

“Sure,” he replied. “And I’ll get you a spinning wheel and butter churn to go along with it. Don’t be ridiculous. If you need to send an emergency text that your truck’s broken down, or you’ve been bucked off a horse, you can’t be lying on your back in the middle of a field trying to punch each letter three times till you can type out a message.”

In the end he found a reasonably priced replacement phone and to add insult to injury, purchased the largest, thickest protective ‘otter box’ to keep it safe from both hooves and whirling mower blades.

“It’s huge,” I groaned, dismayed. “It’s as big as a terrarium. It’s got its own micro-climate.”

Paul stopped and pointed a threatening finger at me.

“You are THIS close to getting a Jitterbug,” he declared. “THIS close.”

What he doesn’t realize is that would be a relief. 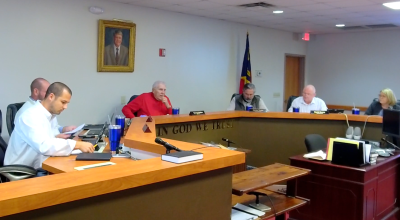 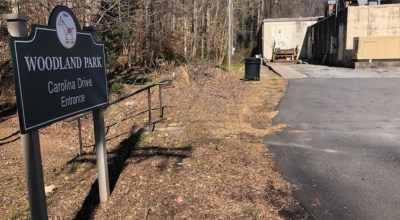