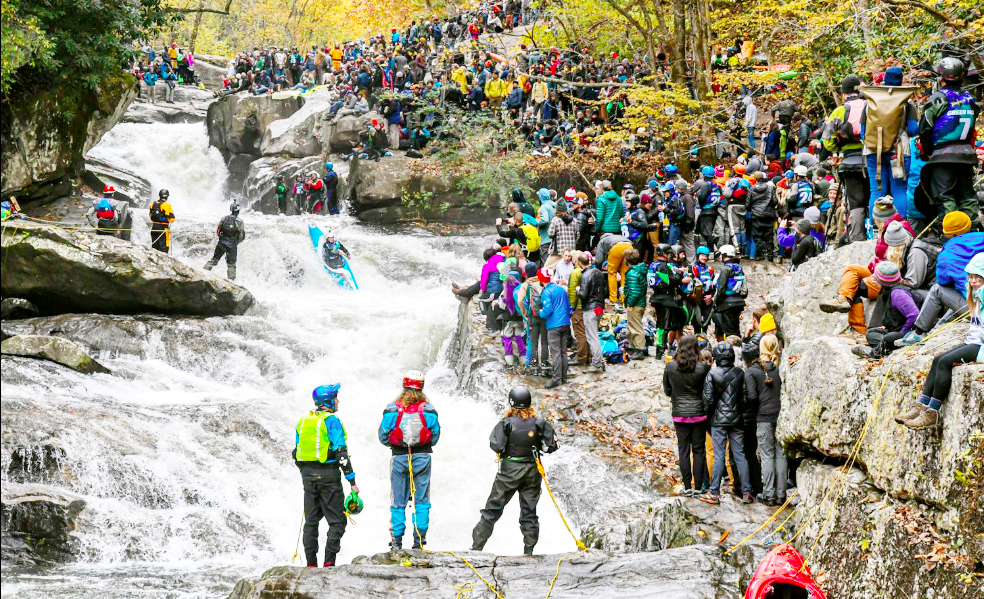 This year’s Green Race drew hundreds to Saluda to participate in and watch championship kayakers brave the Green River Narrows. The event was held on Saturday. (Photo by Marc Hunt)

SALUDA—This year’s Green Race did not disappoint with chilly, but clear skies and nice rapids for some of the best kayakers in the country.

The event draws hundreds to Saluda with a weekend full of events, including the race, which was held along the Green River Narrows, one of the most dangerous sections for kayakers in the United States.

This year’s event was live streamed.

A rescue was needed Friday, which was done by local rescue organizations as well as volunteers of the Green Race.

This year’s winners included in the junior division, Kaelin Friedenson, the women’s division, Sage Donnelly and in men’s, Dane Jackson.

Jackson is no stranger to the Green Race as he won Saturday for the 4th year in a row. He set the course record last year with a run of 4 minutes, 2.3 seconds.

Jackson is from Rock Island, Tenn.

In the women’s division, Donnelly won, which makes her a Triple Crown winner this year. Donnelly has not lost a race she has entered in 2021. With wins at the North Fork Championship and the Russell Fork Race in 2021, the Green Race helped her capture a Triple Crown.

Donnelly is from Carson City, Nevada.

To see full results and highlights from this year’s race, visit the Green Race on Facebook.