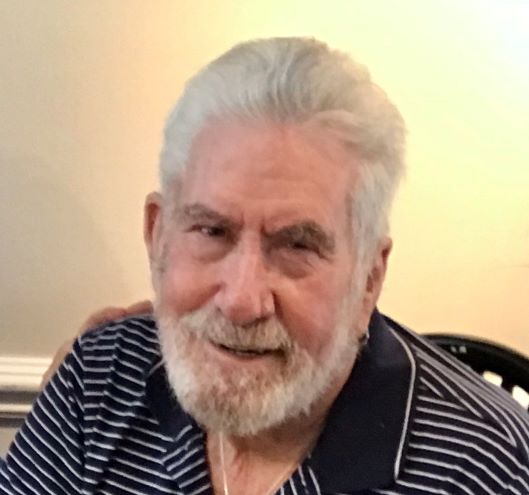 Jim was God’s blessing to me for the past 20 years, and he was the love of my life. He was born June 7, 1939, in Burbank California. Two things which would have a huge impact on his life happened in his early years. His dad worked for Lockheed as an engineer, He designed and tested aircraft during and after the war. Jim’s uncles were pilots and flew off carriers in the Pacific. Jim developed a huge interest in all aircraft and became an avid student of World War II. The second was to have an even bigger effect. At the age of 4 or 5 he had scarlet fever and lost most of his hearing. He didn’t realize this wasn’t normal, so he didn’t tell anyone. He taught himself to read lips and this got him through high school until there were finally affordable hearing aids.
A big part of Jim’s childhood was his younger brother Jerry. They did just about everything together and became very close. During school they both played sports and Jim became quite an accomplished baseball player. He was recruited by the University of Oregon on a full ride, and a year later he was signed by the Baltimore Orioles organization as a 3rd baseman. Every young boy’s dream, right? He loved it! He played with some of the greats of the time! He was finally about to crack the major leagues, when Brooks Robinson came out of the military reserves, took over third base for the Orioles and became the greatest 3rd baseman of all time! After that Jim got hurt and left baseball. But at least he lost out to the best!
Fast forward a few years, Jim finished school and started his career as a design engineer and product inventor for Mattel. That’s right, he became a toy designer! Another dream job! His daughters loved it; they got all the Barbies they wanted! His career progressed forward and in 1998 he was working at OddZon, a division of Hasbro, designing sports toys. That’s when Jim and I met on the internet! He was in Vallejo CA, and I was in NC. We met in person three months later and immediately knew we were meant to be together. Our adventures started out in California for two years, then we moved to NJ for two years, and finally came home to NC in 2002.
Many of you may remember Jim as an artist and as a storyteller. His baseball stories were such fun, he always had an amusing anecdote to tell, and he made people laugh! Some of you may also remember him as a quiet man who often kept to himself. The problem was that his hearing loss prevented him from joining large groups, he was better in groups of 2 or 3. He was also a deeply spiritual man and Bible Scholar whose thoughts at church were very much a personal dialog with God.
My best memories of Jim are about our adventures together here in NC, in California, NJ and Oregon with family and friends. He was a wonderful companion and deeply loyal friend. He was a creative spirit who could paint on a computer, draw pictures with words, make sculptures from fallen branches, and carve gourds to look like unusual pottery. His work fills my home and my heart with joyful memories.
Jim died January 17, 2020, when I was still in the hospital recovering from major surgeries, He was alone, but passed peacefully in his sleep. Thanks be to God! He is predeceased by his parents, Robert Merrill, and Grace Jamison Livesey. Jim is survived by his brother Jerry Livesey (Sue) of Gavalin Hill, CA, his daughters Jennifer Dawn Livesey of Boise, ID, and Christiane Livesey Book (Kip) of Denver, CO, and his grandchildren, Sammy, Emily, Caitlin and Chris.
Delayed by the pandemic, a Memorial Service for Jim is scheduled on Saturday, November 13 at 11:00 am at Holy Cross Episcopal Church, 150 Melrose Ave. in Tryon. It will be a joyful celebration of Jim! Memorials may be made to the Rector’s Discretionary Fund at Holy Cross Episcopal Church, PO Box 279, Tryon, NC 28782.
An online guest register is available at www.mcfarland-funeralchapel.com

The Year in Review