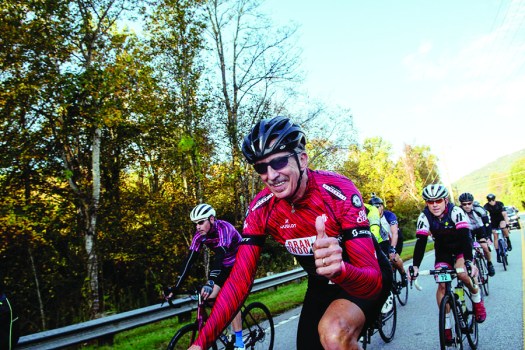 Up to 3,000 riders expected to ride through county Saturday

TRYON—Area residents can see something special this Saturday as 2,500-3,000 bicyclists from all over the world will be riding through the area.

The 10th annual Hincapie Gran Fondo will begin at 9 a.m. at Hostel Domestique in Travelers Rest.

Riders will be coming around Lake Lanier and will come into Tryon for their first water stop at Nature’s Storehouse. Lance Armstrong will be riding, as well as several past Tour de France winners, according to local cyclist and Nature Storehouse owner John Cash.

“I’ve ridden in every one of them, so I’m excited about that,” Cash said.

There are a couple of races on Saturday.

Traffic will be impacted in Tryon beginning around 10 a.m.

From Lake Lanier, riders on the 50-mile route will go through Tryon along U.S. 176, which goes up the Saluda grade, into Saluda and then onto Greenville Street to go back to Hotel Domestique.

The 80-mile route will take riders from Tryon along Highway 108, up Skyuka Mountain, up Saluda grade, down and up Green River Cove and then back to Travelers Rest.

Cash said the fastest time last year up Green River Cove and its switchbacks was 12 minutes.

“We get a lot of great support from our agencies here in Polk County and here in Tryon,” Cash said. “Chief (Jeff) Arrowood and Sheriff (Tim) Wright, along with the emergency agencies do a great job supporting this event. We couldn’t do it without them.”

Everyone is encouraged to come and support the riders as they come through the towns. There will be live music at all the stops, including at Nature’s Storehouse.

The Hincapie Gran Fondo began in 2012 in the area and has expanded to include rides in Chattanooga, Tenn., Boise, Idaho and Fort Worth, Texas. Rich and George Hincapie began cycling as young boys and have continued that passion throughout their lives.

The Hincapie brothers began their own development racing team in 2012, opened Hotel Domestique and Restaurant 17 in 2013 and began the Hincapie Cycling Society in 2017 to further encourage others to get into cycling.

George Hincapie is a retired professional cyclist who has victories in a record 17 Ronde van Vlaaderen races and a second-place finish at Paris-Roubaix, which was the best placement of any American. He also competed 17 times in the Tour de France and won 3 U.S. National Road Race championships. 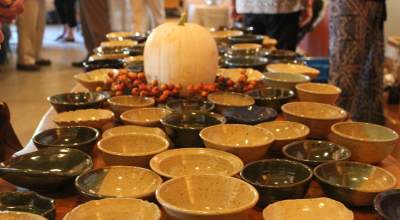