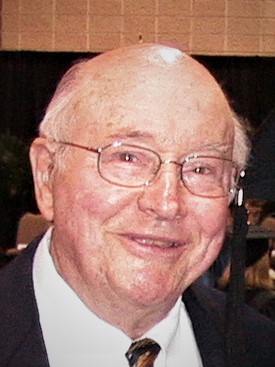 Hendersonville– Charles Baldwin “Charlie” Lewis, 92, died peacefully Wednesday morning October 6, 2021, in Hendersonville, NC.
Born in Orlando, FL, he was the son of the late Giles Floyd Lewis and Florence Baldwin Lewis. He attended Orlando High School and graduated from Sewanee Military Academy in 1947. In 1951, he was awarded a bachelor’s degree in business administration from the University of Florida. After graduation, he saw action in the Korean War as a member of the United States Army and was discharged as a First Lieutenant after three years of service. He returned to Florida and married Betty Wilson. In 1962, he earned a law degree and was named to the Order of the Coif at the University of Florida College of Law. He practiced law and was active in the Orlando community for 25 years.
Charlie’s true passion was gardening. He worked in lawn care and landscaping for many years after moving to Saluda, NC, in 1986 with his new wife, Darlene Neill. Through the years, he transformed their plain grass yard into a mountain oasis with a bountiful stepped vegetable garden, all kinds of flowers, and a goldfish pond. Feeding the fish and foraging in his gardens were favorite pastimes for his grandchildren, nieces, and nephews. He loved canning jams, jellies and pickles for friends and family. Charlie was active in the Saluda United Methodist Church where he helped tend the church’s gardens for many years and served as Chairman of the Administrative Council.
In addition to his parents, he was preceded in death by brothers Richard M. Lewis and Giles Floyd Lewis, Jr. and sisters Meriam Lewis, Charlotte Lewis Brady and Elizabeth Lewis Parsons. He was also predeceased by the mother of his children and former wife, Betty W. Lewis. Surviving are his wife, Darlene M. Lewis of Hendersonville, NC; son Charles S. “Steve” Lewis of Longwood, FL; two daughters, Kathryn D. Lewis and Lisa L. Botts (Jerry) of Orlando, FL; and four grandchildren: Cameron, Marianne, Parker and Tyler.
A memorial service will be held at the Saluda United Methodist Church at a future date. In lieu of flowers, memorials may be made to the Saluda United Methodist Church, 132 Green Street, Saluda NC 28773.
An online guest register is available at www.mcfarlandfuneralchapel.com