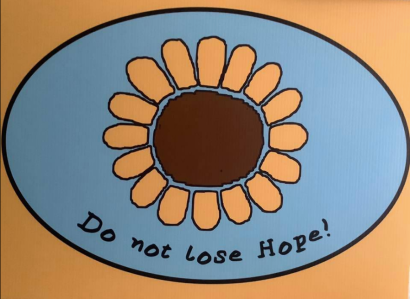 TRYON—The 7th annual Walk/Remembrance will be held from 5:30-8 p.m. on Saturday, Oct. 2 at Harmon Field in Tryon.

The event is aimed to help end the silence and stigma associated with mental illness and to honor and remember those locally who have lost their battles.

September is National Suicide Prevention Month and the Do Not Lose Hope movement has placed displays in Stearns Park in honor of the month.

There are 132 sunflowers representing the number of suicides in the U.S. daily; the Wall, which is a banner of lost hope and potential that has 132 faces by name and date lost to local people.

In 2019 there was also an average of 254 overdoses in the United States every day.

The free event will be hosted by Aaron Greene and will include free food, children’s games, a walk and a dove release. The doves will be released at 6:30 p.m. in honor of those who have lost their battles.

The food, which will be individually packaged, is being provided by Sidestreet, Buck’s Pizza and the Brick. The event will also have snow cones and cotton candy.

Mary Prioleau and Tamara Black started the movement in 2015 after Prioleau lost her daughter and Black lost her brother to suicide.