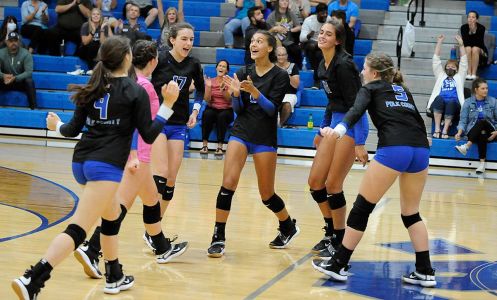 Forget just having the proverbial word of prayer.

A day after Tuesday’s loss at Brevard, Polk County volleyball coach Molly Hill practically delivered a locker-room sermon during the Wolverines’ practice, unhappy with how events transpired in the 3-1 loss to the Blue Devils.

The Wolverines put together their best showing of the season, defeating Patton 3-1 in a matchup of second-place teams in the Mountain Foothills 7 Conference.

“We watched film (Wednesday) and I hammered them,” Hill said. “I wasn’t easy on them. I told them that this new conference is going to be competitive. We talked about setting a new standard and holding ourselves accountable, that we cannot get defeated when things are not going our way.

“I felt like tonight was the best we’ve played all season. I told them that this is the new standard. It’s exciting and it’s fun. This is going to be our new standard as far as how we are going to play the rest of the time in this conference.”

As in Tuesday’s match, Polk County (6-6, 3-1) won the opening set. Unlike that outing, the Wolverines followed with a second-set win, getting three kills from Morgan Yoder during a seven-point run that took the Wolverines from a 17-16 lead to match point at 24-16. Patton responded with five points of its own, but Yoder tipped a free ball at the net into an open spot to claim the set.

Patton jumped out to a 6-1 lead in the third set on the strength of Izora Gragg’s serving, but Polk kept chipping away at the lead until finally deadlocking the match at 15-15 on an Elena Carroll ace. As the set progressed, the Panthers kept turning to Roper, a Tennessee commit, and the senior kept delivering key kills.

The Wolverines fought off two set points, but the Panthers finally closed to slice Polk’s lead to 2-1.

Perhaps learning from Tuesday’s experience, though, the Wolverines quickly responded, racing to a 9-2 advantage in the fourth set. The lead reached 10 at one point, but the Panthers crept back into the set and cut the deficit to three at 20-17 on a Roper kill.

Patton got within one at 21-20, but Mia Bradley ripped a cross-court kill, finding the back left corner from the right side, to stop Patton’s run. An Elysia Smith quick push and a Yoder kill got the Wolverines to match point, and a Patton shot that just sailed wide provided that final point.

The stat sheet helped support two keys to Polk’s win. Yoder had 14 kills and Kinsley Huskey had five as the Wolverines found success attacking from the middle, and Polk’s defense delivered in a huge way as Ella Waldman had 31 digs, Sophia Overholt had 18 digs to go with her 12 kills and Amberlyn Scruggs had 13 digs to pair with 19 assists. The Wolverines kept balls in play time and time again.

“We’re getting more used to the conference and getting used to the speed of the game,” Hill said. “We’ve told them that we’ve got to run our offense and be faster, and I love to see what we’ve talked about finally falling into place. To see that on the court is exciting.”

There’s little time to celebrate Thursday’s win, though, as Polk faces a massive week ahead, hosting Enka on Monday in a non-conference match before three straight road games at Hendersonville, Patton and R-S Central. 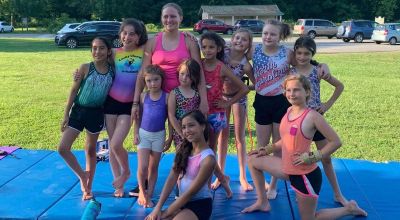 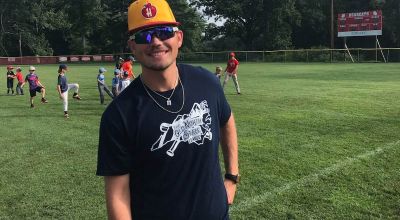