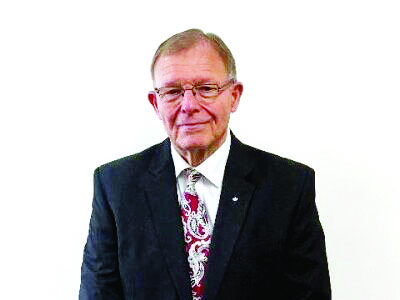 COLUMBUS–Frank Anderson Allen, Jr., 69, of Columbus, NC went to be with his Lord and Savior Jesus Christ on September 11, 2021.

Frankie was devoted to, first and foremost, God, his family, and his career. He proudly served 5 years in the Army. He retired from CSX Transportation as a Train Master after 38 years of service. He was also a member of Hejaz Shriners, Hillbilly clan No. 2, and a Mason with the Matthews Masonic Lodge 358.

After retiring he volunteered in church missions, served in the Gideon’s International and humbly worked part time at Sanders Funeral Home.

Frankie is predeceased by his parents Frank Anderson Allen Sr and Georgia Timms and his wife Lisa Allen.

Frankie is leaving behind a loving family. He is survived by children Tonya A. Hurley, Kylie Vanderford (Jonathan) and Hunter Allen (Allison). He was adored by his 7 grandchildren Emily, Madison, Aevah, Sadie, Mack, Jonah, and Fisher; and great grandchild Hadleigh. He is also leaving behind his four legged faithful companion Roscoe P. Coltrane.

Frankie spent his life serving others, loving his family, and spoiling his grandchildren. He is very loved and will be greatly missed.

In an abundance of caution during this time as well as the simplicity of his request, a graveside service will be held at Sandy Springs First Baptist Church on Monday September 13, 2021 at 11:00 am with Pastors Rick Wall and Terrell Dillingham officiating.

In lieu of flowers, donations can be made to the Gideon’s, Sandy Springs First Baptist Church or the Thermal Belt Outreach Ministry.