Life in our Foothills September 2021 – The Flying Lanes

The Story of a Traveling Trapeze Artist
By Macy Cochran 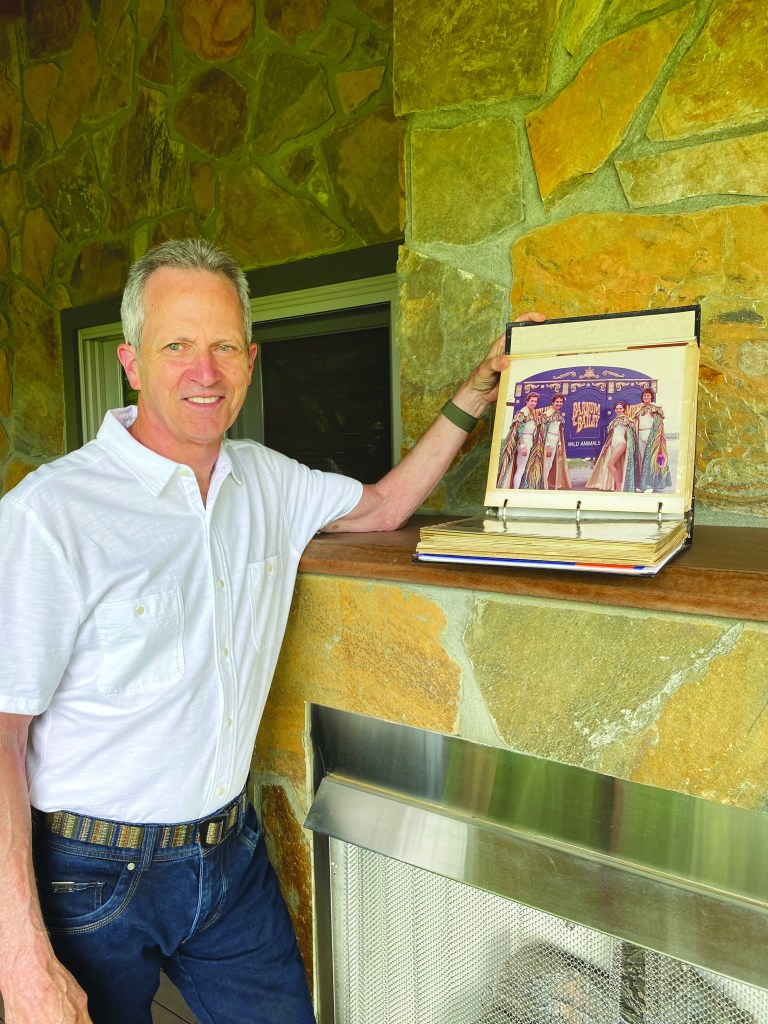 Pat Lane reflects on his years in the circus

When Pat Lane was twelve or thirteen years old, his sister went to Florida State University and performed for an amateur FSU circus as part of her P.E. credit called the Florida State Flying High Circus. Sitting in the crowd with his mom, Pat observed a performer––a trapeze artist––flying from one end of the tent to the other, leaping into a triple somersault on the flying trapeze and becoming the 13th person in the world to perform and catch it successfully.
Dazzled by the act, he looked up to his mom and said, “I want to do that someday.”
Flash forward to Pat as an FSU student earning his business marketing degree and signing up to be a trapeze in the school’s small circus. To his amazement, the man who performed the triple somersault all those years ago was now Pat’s coach in the circus.
“I was gifted with it,” Pat says about becoming a trapeze. “It came naturally to me.” It came so naturally, in fact, that his coach said to him, “You could do something with this if you wanted to.”
So the summer after college, he performed a quick gig with his coach but later found himself with a different job, still working in Florida. But he heard something that caught his attention: The Ringling Brothers Circus were close by and interviewing dancers to build a show in the Orlando area called Circus World.
Without hesitation, Pat located the theatre in which the Ringling Bros were hosting their interviews, and he says now, “It was like walking onto a movie set.”
The theatre was big and empty except for the four filled chairs at the very bottom, near the stage. Dancers, one-by-one, group-by-group, stepped out on stage to audition, and finally, Pat slid down the aisle and asked the judges, “Are you here with the Ringling Brothers?”
They said they were.
And Pat responded, “So you’re putting together a show?”
The next day, he and his fellow college circus friends auditioned at what the Ringling Bros’ judges called the “circus lot.”
They performed flawlessly, not missing one step and catching each trick. 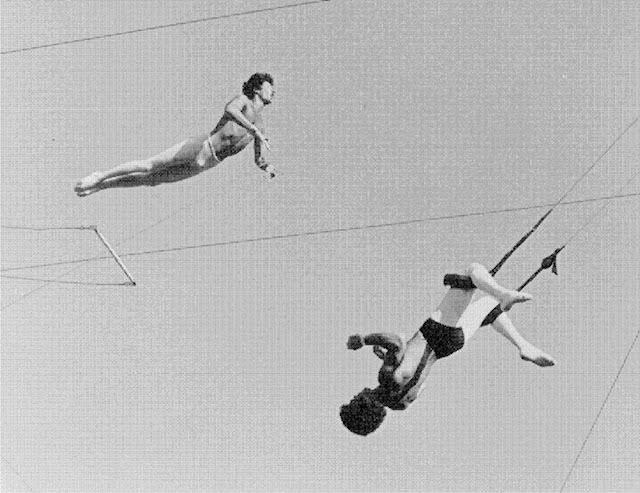 What seemed, at the time, to be a discouraging “Thanks. We’ll get in touch in about a week,” actually turned into signing a contract with what America knows today as The Greatest Show on Earth.
“I performed for the Ringling Brothers for two years,” Pat says, “at Circus World in Florida.”
In that show, Pat achieved the triple somersault, becoming his coach’s first and only student who did it with success.
If you could do that, you were automatically set apart from the other performers. That’s how you could really showcase your talent.
“After I did it, I called my mom first, and then I called my coach,” Pay says.
From there, he got an agent and signed with Circus Vargas in California––a classy show, he calls it. He and his few fellow trapeze performers called themselves “The Flying Lanes,” and once they got their agent, they did background work for movies in Hollywood, traveled to Canada, and were even offered a trip to Europe to perform.
“I worked until I was twenty-nine,” he says. “We got an offer to go to Europe to work, but I developed shoulder issues, so we didn’t go.”
Pat didn’t begin working for the circus thinking it would be something he did for the rest of his life. All the members of his act are still around, he says, all fine and doing well.
Today, the Ringling Brothers and Barnum and Bailey Circus has shut down, and The Flying Lanes, the astonished audience applauding and traveling with his team, is all a shimmering, colorful memory.
The Flying Lanes were the very first FSU students to perform professionally and go out on their own. And during their time out in California, they befriended Deidre Hall from the television soap opera “Days of Our Lives,” and grew close to her twin sister, Andrea, and their friends, who were intrigued by the circus––and by the trapeze.
Once The Flying Lanes left California to travel with the circus, Andrea sent Pat a note that said Deidre referenced them on “Days of Our Lives.” Her line went something like, “I always wanted to run away and live in the circus.”
The Flying Lanes performed for television numerous times and once on ESPN’s “Wide World of Sports.” They went all over the country and met actors, dove into different cultures, languages, cities….
“The circus––especially a traveling show––is like a small town in the USA,” he says. “There were always the upper-class performers, and there were the people who were there really because they were running away from something. It was unusual for everyone that we were a group of college kids and not part of a circus family.”
He goes on, “We were such a novelty––college kids who made it in the circus. Now, it’s an era gone by.”
When he tells people now that he was in the circus, they sometimes aren’t extremely pleased, thinking he was just a ring-thrower at a carnival. But it was so much more than that.
“Some people don’t understand,” he says. “I always tell them, ‘The circus and carnival are different things.’ I miss it. It was a great time in my life.”
So when he left the circus at age twenty-nine, he stepped out of the adventurous life of a trapeze and into the business world of insurance.
“My resume opened every door,” he says.
Employers wanted Pat for his personality, not experience because…he had very little. They also wanted him for his stories. It wasn’t uncommon for him to go to an interview, and it was centered around his days as a trapeze artist.
“I had a two-hour interview one time, and an hour and a half of it was them asking me about the circus,” Pat says.
He got the job and ended up retiring out of the circus world.
“My life after the circus––I thought I’d hate it,” he says. “What kept me going was that I always had a hobby or activity that thrilled me.”
About every ten years, Pat picked up a new, exciting hobby. In the 1990s, he took up hang gliding and flew all over the mountains. Before he turned fifty, he mastered surfing in California, traveling to Hawaii and Fiji a few times to surf there.
“That life of excitement I think substitutes for being back in the circus,” he says, remembering how the transition from the circus life to the business world was hard and dry at times. But he hangs on to his memories of being there.
He’s fallen in front of crowds. The net below was sometimes his best friend and sometimes his enemy. He caught the impressive triple somersault in the air above his audiences. He petted the tigers and hurled himself from one end of the tent to the other fearlessly.
Now, Pat lives a comfortable life in Tryon with his dog Biscuit. But what’s he doing today? Oh, he’s off in his camper out west and won’t be back till October. After that, you might find him in the Outer Banks on his surfboard, seeking a thrill that reminds him of the traveling circus. 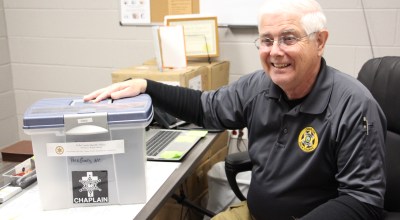 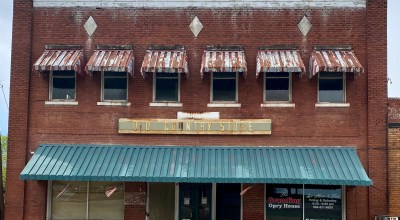 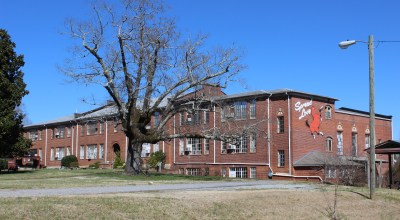 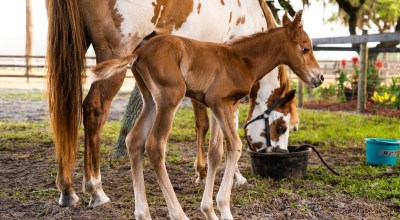