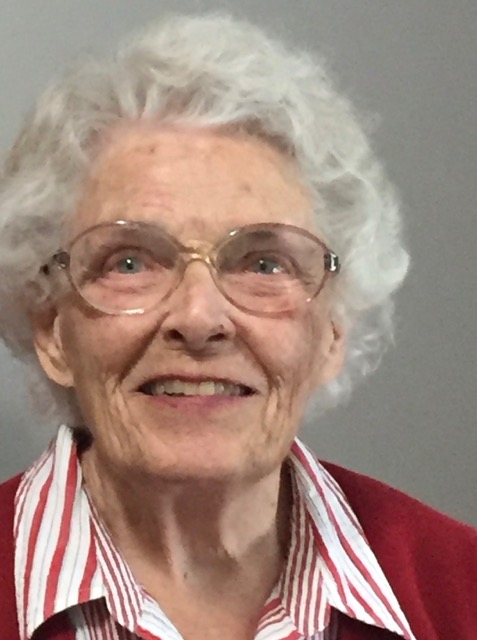 COLUMBUS–Ruth Elizabeth “Betty” Ash Lane, age 97, died Tuesday, August 31 at LaurelWoods in Columbus, NC.
Betty was born on September 28, 1923 in Alton, IL, to Orpha Ruth Heathman Ash and Joseph Fifer Ash. Betty went to the University of Illinois, graduating in 1946 with a B. A. in Liberal Arts., It was at the University of Illinois that she met architecture student William “Bill” Hart Lane and they were married September 15, 1946. They lived in Arkansas for 60+ years.
Betty and Bill were the proud parents of four girls. Once they were all school age Betty returned to college—this time to the University of Memphis to pursue a M.A. in Education in Guidance and Counseling. Betty retired from guidance when she and Bill moved to Little Rock in 1976. Betty was a lifetime PEO. She also was a member of the Arkansas Arts Center Fine Arts Club and served as library chair and was a Board Member of the Gaines House.
She was predeceased by her parents, husband Bill who died in 2006 and one grandson Andrew Brannon who died in 2021. Betty is survived by her four daughters: Anne Paget of Houston, TX; Lucy Brannon (Tim) of Tryon, NC; Susan Buckner (Jim) of Pine Bluff, AR; and Betsy Morton (Steve) of Dallas, TX. She is also survived by eight grandchildren and twelve great-grandchildren whom she loved dearly.
There will be a private family service in Little Rock later this year.
Lucy Brannon
Tryon, NC