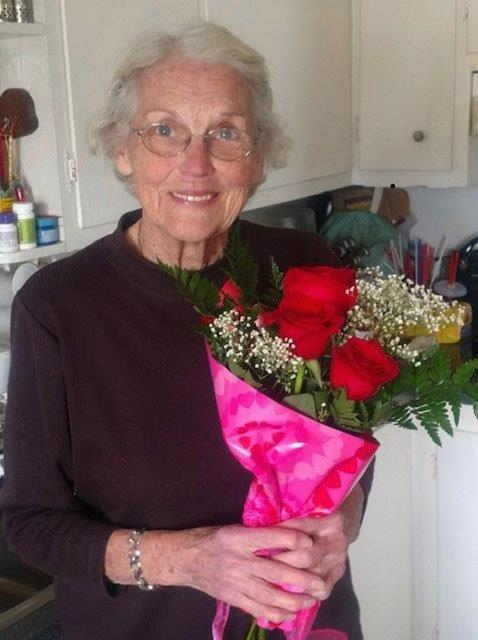 LANDRUM–On the morning of September 6, 2021, Evelyn Lucille Gosnell went home to be with her Lord and Savior. She was from the Oak Grove Area of Landrum, SC. She was predeceased by her husband, Cecil H. Gosnell on December 22, 2012.
She is survived by a son, Terry S. Gosnell (Lynette); a daughter Patricia Ann Gosnell; two grandsons, Tadd Travis Gosnell (wife Ellen) and a great grandson Travis Gosnell; a great granddaughter Halen Riley; a grandson, Stephen Tyler Gosnell (wife Danielle) and two great granddaughters, Lilly Gosnell and Lainey Gosnell; and one predeceased granddaughter Amara Gosnell. She has three living sisters, Ann (Neal) Rollins, Elsie Ford and Docia Ward Pace and a living brother Herbert Ward.
Evelyn was the daughter of the late Henry Ward and Angeline Howard Ward of Landrum, SC. She was predeceased by five brothers, Clarence Ward, Jay Ward, Marvin Ward, Donald Ward and Ronald Ward.
She was a Christian of Baptist faith and loved to help others, was active in her church during life at Gowensville First Baptist where she worked many years in the nursery, served on the Bereavement Committee, and loved working with younger children in Bible School.
Evelyn worked in textiles at Wamsutta (Lyman Mills) for 35+ years as she hemmed sheets, worked as an inspector and worked on production in the Flat Sheets Department.
The family will receive friends from 10:30-11:30 Thursday, September 9, 2021 at Gowensville Baptist Church. A funeral service will follow at 11:30 in the church sanctuary conducted by Rev. Chad Rickenbaker. A private burial will follow in the church cemetery.
The family is at the home of Terry Gosnell, 1100 Tugaloo Road, Landrum.
Condolences may be left at www.pettyfuneralhome.com.