Salisbury’s defense proved as good as advertised – and perhaps then some.
The Hornets made certain that neither of Polk County’s early scoring chances panned out Friday, then allowed the Wolverines no other, pulling away for a 44-0 non-conference victory in G.M. Tennant Stadium.
Led by Georgia commit Jalon Walker, Salisbury handed Polk County just its third home shutout in the past 20 seasons. The Hornets brought size, speed and aggressiveness to W.J. Miller Field and wasted none of it.
“They’re the defending state champions for a reason,” said Wolverine head coach Bruce Ollis.
Yet Polk County (1-1) had its moments in the first quarter and a half to perhaps unnerve a Hornets team playing for the first time this season. The Wolverines twice drove inside the Salisbury 30, once as part of a 10-play drive, but in each case came away without points.
The second of those chances came early in the second quarter, with Polk taking possession on the Hornet 30 after a short punt, but failing to pick up a first down. Perhaps emboldened by that stand, Salisbury scored on its next three possessions, turning a tight 8-0 lead into a 30-0 advantage at the half.
The Hornets added two more scores in the third period to force a running clock.
“We had some opportunities in the first half and didn’t score, then we didn’t get off the field defensively,” Ollis said. “We didn’t take advantage of those chances we had.
“Our players played hard in the second half, and that’s what we talked about at halftime. We wanted to come out and give a better effort than we did in the first half and we did that.”
Ollis focused his postgame speech on learning lessons from the loss, on staying positive, on everyone keeping their heads up. The Wolverines could certainly point to the first quarter and a half with pride.
Salisbury did score on its opening possession on quarterback Mike Geter’s three-yard run, but Polk responded with its best drive of the night, that 10-play effort that began at its 20. Steven Chupp had an 18-yard run, Angus Weaver plowed ahead for 15 more and Weaver caught a key fourth-down pass and picked up 11 yards to get Polk to the Salisbury 29.
The Wolverines reached the 27 before Walker sacked Casey Beiler for a 13-yard loss, pushing Polk back to the 40, from where the Wolverines eventually punted.
Salisbury followed with a three-and-out and its short punt, but Polk couldn’t capitalize. The Hornets responded with scoring drives of 72 yards (six plays), 54 yards (five plays) and 52 yards (one play) to take the 30-0 lead at the half.
A Polk turnover in the third period led to one Salisbury score and a short punt set up another as the Hornets surpassed the 42-point margin needed to bring about a running clock.
Weaver led Polk with 39 yards rushing, with Beiler finishing 10-of-18 for 79 yards. Geter ran for three scores and was 6-of-7 passing for 136 yards and two touchdowns to pace Salisbury’s offense.
Polk County will now turn its focus to West Henderson, next week’s opponent, and its first road game of the season.
“We’ll figure it out,” Ollis said. “We’ll be a better team next week.”
SALISBURY 44, POLK COUNTY 0
Salisbury 8 22 14 0 — 44
Polk County 0 0 0 0 — 0 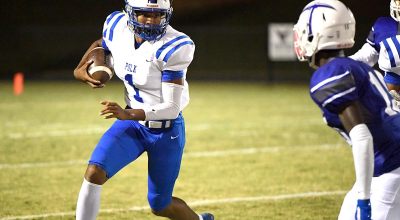 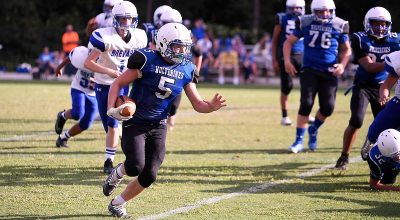 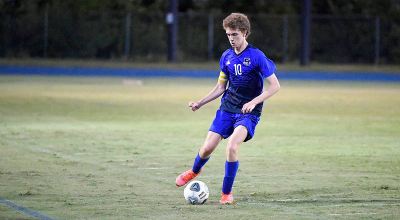 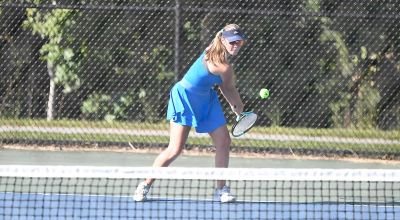