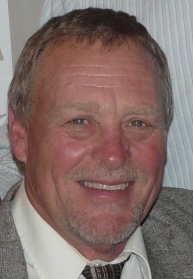 It is with great sadness that the family of James Dean Olsen share that he passed away on August 18, 2021 after a tragic motorcycle accident. Born Sept 22, 1949 in Douglas, Wyoming to Martin and Bette (Bartshe) Olsen.

Growing up on a working cattle ranch in Wyoming, he graduated Douglas Wyoming High School 1968 and earned a BS in Education from the University of Wyoming in 1972. Dean resided in Reno, Nevada before moving to the Carolinas in 1988 to become a business partner with Rick Amendola for American Party Tent Rentals based in Campobello, SC. He and his wife, Chris, lived in the Rutherfordton Cleghorn Golf Course community for 18 years. After selling his business in 2012, he was employed by the golf course, was a substitute teacher at RS Central High School and most recently, transported dialysis patients for Rutherford County Transit until he retired in 2020.

Devoted to his family, he is survived by his four siblings who remain in Wyoming: Marti McNamara, Jeri Philbrick, Vicki Weiss, and Gary Olsen; and two sons from his marriage to Barbara Olsen Smith: Dustin of Louisville, Kentucky and Shawn of Wake Forest, NC and daughter-in-law, Kimberly, and their children, Harper and Wyatt. He is also survived by his wife of 23 years, Chris of Columbus, NC and their son, Jayden. He was preceded in death by his brother, DJ Olsen.

Dean enjoyed playing golf, coaching, watching his sons play sports, and playing with his grandchildren. He was deeply loved by his friends, neighbors, and family.

A private memorial will be held and per Dean’s wishes, he will be laid to rest at the family ranch in Wyoming…a place he held dearly in his heart.

In lieu of flowers, the family requests donations be made to Rutherford County Hospice (Hospice of the Carolina Foothills), P.O. Box 336 Forest City, NC 28043.