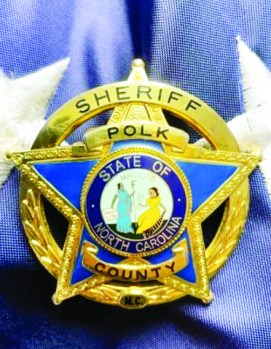 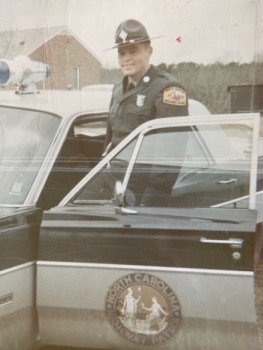 COLUMBUS—Former Polk County Sheriff David Satterfield died on Wednesday at Hospice of the Carolina Foothills in Forest City. He was 75.

Prior to his law enforcement service, Satterfield served in the United States Army during the Vietnam War and was awarded several medals, including the Air Medal, Vietnam Service Medal, National Defense Service Medal, Aircraft Crewman Badge, Vietnam Campaign Medal and the Purple Heart.

Current Polk County Sheriff Tim Wright and local officers sent their condolences to the family of Satterfield this week.

“Sheriff Satterfield was a life-long public servant and passed away at Hospice of the Carolina Foothills in Forest City, N.C. on Wednesday, Aug. 25, 2021 with his family at his side,” Wright announced on Wednesday.

There was a procession this week with vehicles escorting Satterfield back to Polk County to McFarland Funeral Home.

Polk County Manager Marche Pittman said he was praying for the family’s loss.

“David Satterfield served his country, his state and his county in different capacities over the years,” Pittman said. “I am forever grateful for him and his family’s sacrifices and the experience and opportunities he gave me.”

Former animal control officer, who worked for Satterfield and said he knew him for 45 years Raphael Foy, said he was a great man and friend.

“He gave me a speeding ticket back in my truck driving days, that is when I decided I couldn’t beat them so I joined them in 1978,” Foy said. “He remained a friend through it all. I worked for David as animal control for several years until he left office. He was a good sheriff and a good highway patrolman and good brother in Christ. He was a true servant to our community and country. He will be missed.”

“A compassionate and good friend of mine has gone on to be with our Lord and Savior,” Shields said. “To his family near and far I am so very sorry for you loss and thank each one of you for sharing him with this county, as well as the world. I had the privilege and pleasure of working with Sheriff Satterfield that has helped me to grow in the law enforcement field, just as in life. I will miss you and I send you and your family much love.”

Visitation for Satterfield will be held from 6-8 p.m. on Sunday, Aug. 29 at McFarland Funeral Chapel in Tryon. A funeral service will be held Monday at 6 p.m. at Midway Baptist Church in Columbus and a private family burial will be held at Western Carolina State Veterans Cemetery in Black Mountain with Military Honors.