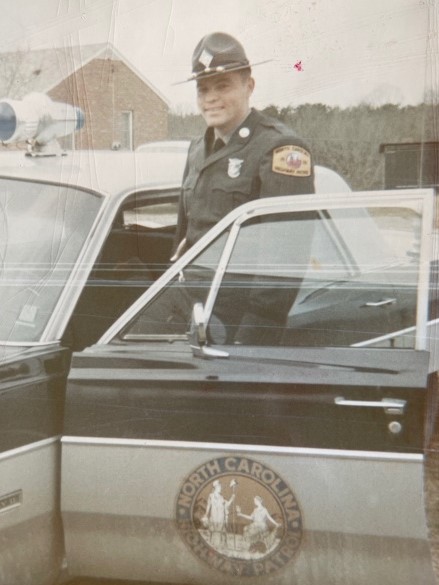 COLUMBUS—Retired Sheriff, Mr. David Ray Satterfield, 75, of Columbus, NC passed away on Wednesday, August 25, 2021, at Hospice of the Carolina Foothills in Forest City, N.C. with his family by his side.

David was the son of Raymond Thomas Satterfield and Freda Taylor Higgins. He honorably served his country in the United States Army during the Vietnam War. He was awarded multiple medals and special recognition for his service including Air Medal, Vietnam Service Medal, National Defense Service Medal, Aircraft Crewman Badge, Vietnam Campaign Medal and the Purple Heart.

After his time in the service, he served as a North Carolina High Patrolman based in Polk County from 1967 to 1993. In 1998, he was elected to serve as sheriff of the Polk County Sheriff’s Department, protecting the citizens of Polk County until his retirement in 2006.

Sheriff Satterfield was a member of Midway Baptist Church in Columbus, NC. David spent his life serving his country, state, and local community but, also served his family as a loving husband, father, grandfather and great grandfather.

David was preceded in death by his father.

A funeral service will be held on Monday, August 30, 2021, at 6:00 p.m. at Midway Baptist Church in Columbus, NC with Reverend Peter McDonald officiating.

A private family burial will be held at Western Carolina State Veterans Cemetery in Black Mountain, NC with Military Honors given by the Polk County Veteran’s Memorial Honor Guard.

Per the family’s request, please wear a mask.