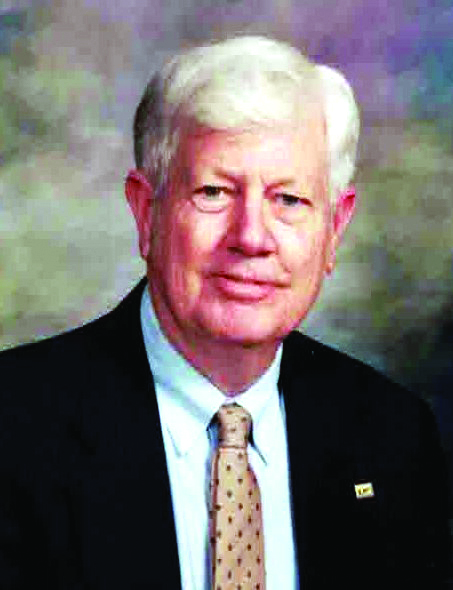 TRYON — Donald Leslie Viehman, Sr. (Don) of Tryon, NC passed away on August 7, 2021. Don was a loving husband, father, grandfather and friend to many.  Don was often seen holding his wife Myrna’s hand, he only let go to go on to heaven. Don died of Alzheimer’s.

Don joined the Army at the age of 14 on June 29, 1948 (his father signed swearing he was 17). Don was sent to the Signal School in Fort Mammoth, NJ and became an aerial photographer and lab specialist.  The Air Force transferred him to Edwards Air Force Base in May of 1952.  Don did arial photos after bomb drops in the desert to measure the size of the holes.  After Don was discharged from the military, he went to Pasadena City College in California.

He returned to Orlando to run his father’s furniture and custom cabinet business. He also helped his father open 2 new hardware stores. Don went back to college, Valencia junior college and Rollins College in Winter Park Fl.  Later Don became a police officer and Sergeant with the Orlando Police Department for ten years. During that time, he hosted a television program called “It’s the Law” he also taught at the police academy for several years. He was assigned to help guard President L.B. Johnson while the President was in Orlando. The President decided to give a little impromptu speech, so climbed up on top of Don’s squad car, and gave his speech. (Don was terrified the president would fall) but all was good except for a dent in the roof of his squad car. After his retirement he found a less exciting job, he became an insurance adjuster for Allstate Insurance Co.

He met and married Myrna McGirty in June 1955. He and Myrna worked together, and on their own, built a 4-bedroom home because they wanted a big family. They ended up raising their six children, (plus Myrna’s best friend’s 4 little ones) in this home.

In 1978 Don moved his family to Tryon, NC. He went back to School where he received both an Insurance and a Real Estate License. He opened an Insurance Agency and Foothills Real Estate, later he added “Tryon” to the name, it is still a successful business at 70 N. Trade Street.

Don was involved with many community activities including President of the Chamber of Commerce, Rotary Club, (he helped them build the first playground at Harmon Field). Don was one of the persons to help start the BBQ & Blue Grass Festival that was held at Harmon Field for a number of years. He volunteered with the Red Cross and spent many weeks of his time going to help victims of floods and disasters). He was sent to NY City shortly after 9/11 and wrote checks for the Red Cross to families who lost family members when the towers came down. Don was a long-time member of St. John’s Catholic Church; he was very involved in his church and was a charter member in the Knights of Columbus. He was a 4-H leader, Boy Scout Leader and even became a den mother for a short time while Myrna was busy with newborn son, Peter.

Don’s claim to fame was a good one! Back in the 50’2, his father asked him if he would teach a young man who was visiting them at their home on Lake Butler, how to water ski. This young entertainer was there with some of the others from the Grand Old Opera. Don was happy to teach him, and it turned out to be none other than “Elvis Presley”! No, he didn’t ask for his autograph, he never would have guessed that this skinny little guy would one day be famous.

No services will be held at this time. A celebration of his life will be held later. Memorials may be given to Thermal Belt Outreach in Columbus “They pack lunches for children who would not have food on the weekends also they feed the hungry in Polk County or Four Seasons Hospice House, of Flat Rock, NC, who were so good to help care for Don in his last days.

Don led a good life full of work and good times. He loved reading, building furniture, fishing, camping, his religion, his country, his wonderful children and his loving wife.