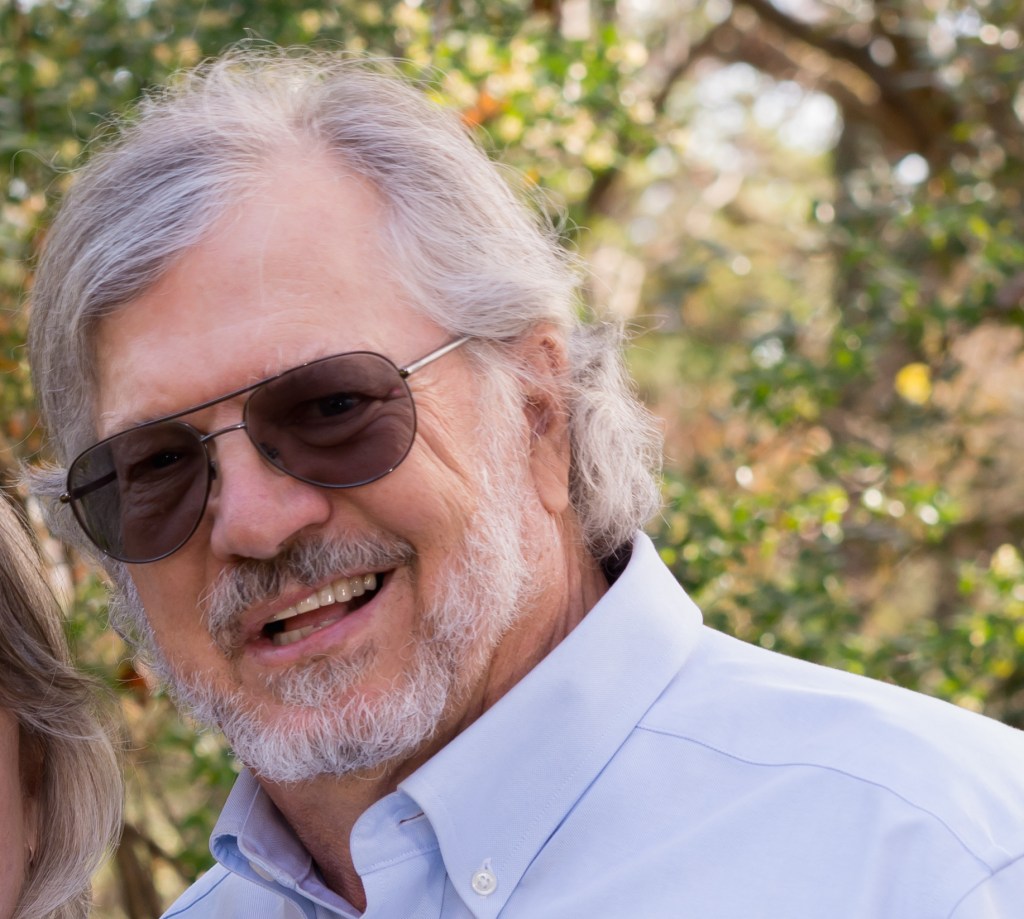 TRYON — Watson Carl Wharton passed away peacefully on August 5th, at his home, Thousand Pines, in Tryon, North Carolina. He was surrounded by family, while loud music played and the summer sun was shining.

He was preceded in death by his parents, Dr. Watson & Ethel Carlson Wharton, and sister Emily.  His legacy lives on through his wife of 43 years, Claire Connors Wharton; their children, Jesse Wharton of Asheville and Benton Wharton of Nashville; son-in-law Trevor Hermann and daughter-in-law Jessica Wharton; grandsons Holden (13), Townsend (10), Everett (8) and Alister (2); and many nieces and nephews, especially Brittany Hopping.

Born November 27, 1949, Carl grew up in Smithfield, NC where he attended Smithfield High School and competed in football, basketball and track. He then attended Wofford College, graduating as a history major in 1972. After college, he lived in SC working as a plumber and then cotton farmer, forming life-long friendships and listening to music – in other words, being his hippie self. Carl moved to Tryon with his wife and children in 1986, where he began his career in real estate.  He founded Thousand Pines Company in 1994, which he owned and managed until his death and will outlive him through his wife and partners, Claire Wharton and Bill Ingham.

Carl’s love of Tryon was evident through his involvement in the community. He devoted time and talent to the Planning and Zoning Committee of Tryon and Polk County, the Polk County Community Foundation, Holy Cross Church, Polk County High booster club, AYSO soccer, Super Saturday and more. Alongside Jim Tabb and members of the Foothills Chamber of Commerce, Carl was a founding organizer of the Blue Ridge BBQ & Music Festival. He is remembered by many in the BBQ circuit for his time organizing the festival’s competition cookers for 25+ years.

A fixture of Tryon, Carl never met a stranger. Residents and friends alike can attest to his genuine care for others and their life stories and trials. He would talk your ear off about music, sports, politics, food and more. Readers may remember him hanging out at the Tryon Coffee Shop or driving around in the golf cart assisting cookers at the BBQ festival or cheering from the hill above the PCHS soccer field or raising issues at town council meetings. Or you would find him listening to music while drinking Red Stripe or taking his grandsons to horse shows at Harmon Field, or delivering a fried turkey to a friend, or helping someone find housing. His family and friends will never forget his big heart and never-ending stories.

There will be a small, family service at Holy Cross Chapel this weekend, and a larger memorial and celebration of life at a later date. In lieu of flowers, the family encourages donations to Thermal Belt Outreach in honor of Carl. An online guest register is available at mcfarlandfuneralchapel.com.