Life in our Foothills August 2021 – Life is a Peach

“Life is a Peach” 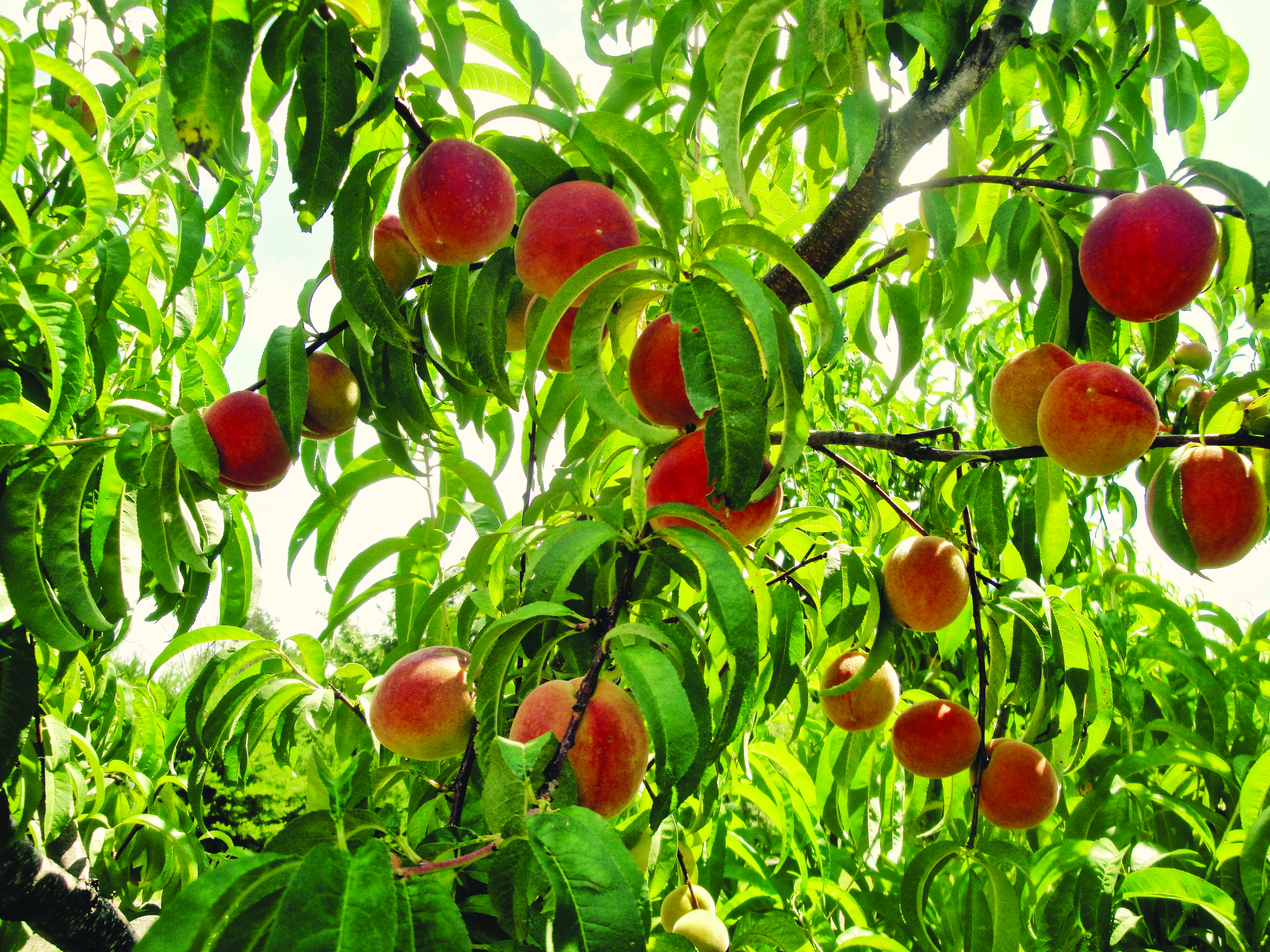 In South Carolina, “Life Is a Peach”.

The Palmetto State is the peach heavyweight with more than 50,000 tons of the fruit harvested annually. We’re second only to California. The history of peach growing in South Carolina begins around the 1850’s when grower Henry William Ravenel of Aiken made his first commercial peach shipment. After the Civil War, South Carolina farmers started growing peaches.

I want to learn more about peach growing in the upstate. So I went to visit my friend Danny Bruce at Red Hill Orchards on Redland Road can help me out. When he was a young boy, about 8 or 9 years old, Danny began working on his father Carl Bruce’s and Uncle Ruthel Bruce’s peach farm in Campobello. He reminisces, “I would drop a bucket down the well and carry water to the pickers in the field. I had a dipper they would drink from.”

I asked Danny what he remembers about the peach industry in Spartanburg County around the 1930’s to the ‘50’s. He replied, “There were about 53 packing houses back then in this area.  It was ideal if they could be located near the train tracks. The peaches would be loaded on the trains packed in dry ice. One of the biggest sheds was in Campobello.”

Joyce Neeley recalls working in a packing shed when she was in high school. “We didn’t have a car and I lived in Polk County. A truck would come and pick us girls up and take us to a shed in Inman. It was the mid-fifties and we were paid $.50 an hour. I’d save my money and by new clothes for school. The sheds were open air, trying to catch a breeze. I worked on the conveyor belt. There were two belts. The big one would bring in the peaches. We’d pick out any bad ones and they would go on the lower belt, maybe to be canned. The better peaches were packed in the baskets.”

Danny describes working in the sheds. “Inspectors came to check the sheds. They’d wear a string around their neck with a peach sizer. It could measure 1 ¾ inch, 2 inch, 2 ¼ inch and 2 ½ inch peaches using the sizer. Today, the average peach is about 2 ¾ inches. The peaches were packed into bushel baskets and a lid was fixed on the top of the basket. The girls would slap a colorful label on the basket with glue and a brush to identify the orchard. Then the baskets were loaded onto trains or trucks.”

I meet James Wilkins in Danny’s orchard. James has worked in the orchards all his life since he was ten.  He and Danny explain how they picked the peaches into a bushel box. “Pickers were paid $.10 for every bushel box. There was a picking ticket put on each box to identify who picked it. They would pick 100 bushels in a day. The pickers were paid once a week.” James shows me some peaches growing on one of Danny’s trees. “See these peaches near the end of the branch? They ripen first,” he tells me.

During WWII, there was one peach grown, the Elberta Peach. It had a three-week season. Today there are several varieties of peaches, such as Gold Prince (cling), Gala (cling), O’Henry (freestone), and Big Red (freestone). They all stem from hybrids of the Elberta.

Due to changes in the weather, the peach business is a risky business to be in. Many growers in the area quit during the early 80’s when weather patterns changed. In 1980, 82 and 83 a late frost killed off the fruit. 1984 showed improvement but 1985 came back with a vengeance and another late frost. Several large growers filed for bankruptcy.

Since 2000, the packing sheds in this part of the state no longer exist, or are used for other purposes. The present day Strawberry Hill Fruit Stand was originally the Cooley packing shed. Peaches in this area are now picked right into the bushel baskets that they’re sold in. The peaches are marketed at local stands and farmers markets or picked up by truckers who sell them to stands in Tennessee, Virginia, West Virginia, and Kentucky.

Growers in Edgefield County in the southern part of South Carolina still use the big packing sheds. The weather is warmer and less vulnerable to the devastating freezes. Some of their peaches are shipped to Canada using a process called hydro-cooling. The peaches are put in a bath of freezing water, which suspends them at a stage before ripening. They ripen after arrival.

To find the South Carolina peaches of your dreams, rely upon sight, touch and smell.

According to the South Carolina Peach Council, “look for skin that has a soft, yellowish hue; any green areas indicate the peach is not yet ripe. Choose a peach that is firm, but gives slightly when you gently press it. You can eat a firm-ripe peach but allowing it to sit on the kitchen counter until it is softer, ensures the ultimate flavor. Only refrigerate after the peach has achieved a “dead-ripe” status. Then, trust your nose to flesh out peaches at the peak of goodness. That irresistible sweet fragrance is a strong clue that the fruit you’re considering is ready for eating.”

Summers are peachy in South Carolina. Peach production is an important segment of South Carolina’s largest industry, agriculture. The South Carolina peach industry grosses approximately $80 million annually to the state and employs over a thousand people.

Thanks Danny Bruce for remembering the way things were and for your time describing the upstate peach industry. Thanks to James Wilkins for finding peaches on the trees ready for picking, and to Joyce Neeley for relating her packing shed memories.

“An apple is an excellent thing — until you have tried a peach.” -George du Maurier ·