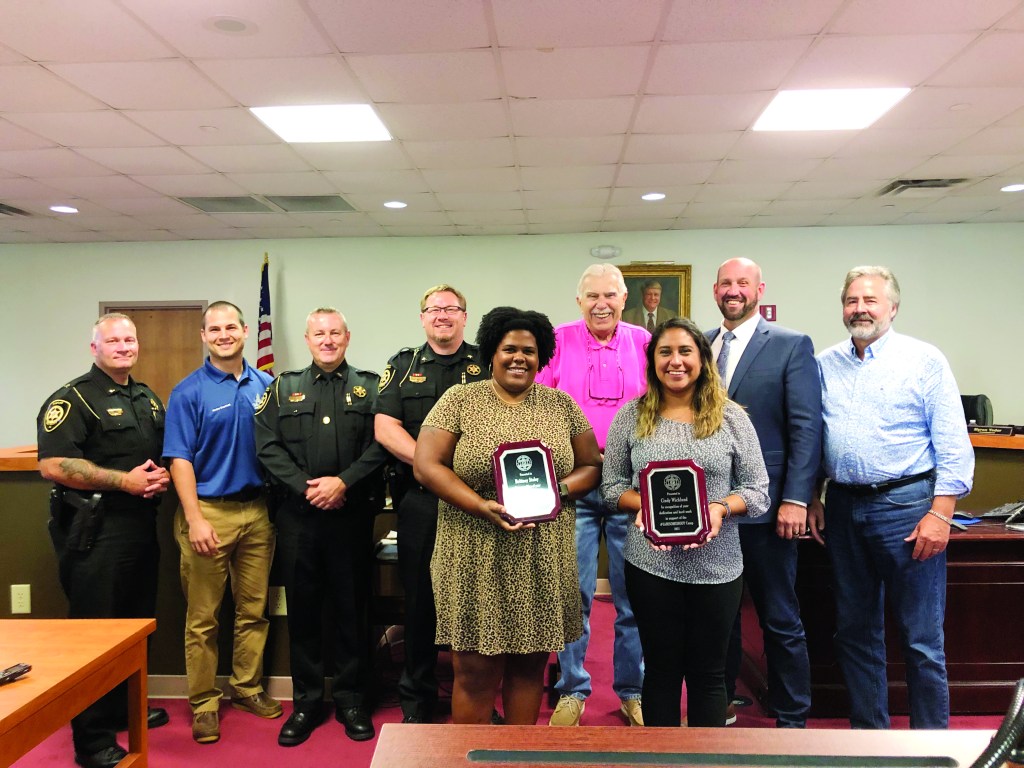 The Polk County Board of Commissioners and Polk County Sheriff Tim Wright recognized Brittney Staley and Cindy Wicklund for their work putting on the IAmSomebody camp this summer at the sheriff’s office. (Photo by Ange High)

COLUMBUS—The Polk County Board of Commissioners and Polk County Sheriff Tim Wright recognized Brittney Staley and Cindy Wicklund for their work this summer hosting a camp at the sheriff’s office.

Commissioners met on Monday and gave Staley and Wicklund plaques for their work.

Wright said he wanted to recognize them for their hard work and dedication to the youth of Polk County.

This year’s camp was the first to be held at the sheriff’s office and included several activities for children, including archery, fishing, first aid, swimming, interacting with different emergency service agencies, the Spartanburg Regional One helicopter and the Cleveland County SWAT team.

Wright showed a video of the children enjoying different aspects of the camp and thanked them for partnering with the sheriff’s office this year.

Staley began the camp a few years ago that is focused on issues like bullying and mental health. The 1-week camp this year at the sheriff’s office brought between 23-26 children each day.

Staley puts on the camp each year with donations and it is free for children.

More information about the #IAmSomebody movement can be found on Facebook at I AmSomebody Movement.

Trevor’s Gift off to a great start