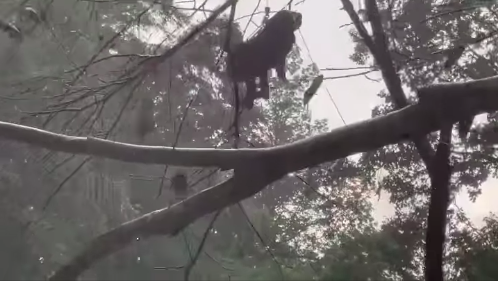 SALUDA—An injured hiker was rescued from the Green River game lands on Saturday by helicopter.

The Saluda Fire & Rescue Department was called to an injured hiker and had to extract the victim by helicopter because of the terrain.

The NCHART Team brought a helicopter in the afternoon to the game lands and successfully secured the victim and transported them to the hospital.

The Saluda Fire & Rescue Department posted a video of the rescue on its Facebook page Saturday night.

Saluda fire officials said several mutual aid departments in the area helped with the extraction of the injured hiker.

Saluda fire officials said the hiker was a woman and she was taken to the hospital with non-life threatening injuries. The hiker was injured near Green River Cove Road.

There were no updates on the victim’s condition as of press time.