For the Montgomery’s, flying is simply in their blood. It’s safe to say that not one of them is afraid of heights, and Matthew, the sixteen-year-old son of Michelle and Jack, is next in line to earn his pilot’s license.
Matthew is homeschooled, which allows a lot of time to focus on his career and the steps he has to take to turn his passion into his dream job. He’s always been interested in flying, ever since he was just a child whose uncle and grandpa were flying through clouds. But Matthew’s first flight was when he was about five years old, getting from place-to-place with his family on a commercial plane.
When he was only thirteen years old, though, Matthew began his journey toward becoming a licensed pilot. A program for young fliers in Spartanburg offered Matthew his very first lesson in piloting, and soon thereafter, he began ground school, along with his uncle and teenage cousin.
In ground school, students are taught the basic information needed to pilot an aircraft. Not surprising, Matthew was the very youngest student in his class. In fact, he ended up ranking higher than some adults in the class. But due to his age when he was in ground school, he was unable to take the final test because he was only fourteen years old and was required to be sixteen.
Now, at the appropriate age for testing, Matthew is set to soon take the ground school test, but that’s not all he’s been up to lately. He just succeeded at his very first solo flight.
“I was nervous and excited at the same time,” he says.
His solo flight consisted of a quick flight around the set flying pattern and then back down to the runway. After working with the instructor, he determined that Matthew was ready to take off by himself in the Cessna 172.
To finally earn his private license, Matthew must complete seventy hours of flight time. Beginning just last year at age fifteen, he has completed about thirty hours and is excepting to rack up the rest of the hours by this time next year.
While most sixteen-year-old boys are busy playing video games and hanging out with friends, Matthew is studying for the next big test (not that he doesn’t fit in the occasional ride on his four-wheeler). With his entire career ahead of him, his mind is on pursuing his life-long dream of becoming a pilot.
He says that commercial piloting is a likely career but chartering a private plane or even joining the Air Force isn’t out of the question. For now, he’s got to complete the next steps to reaching his goal.
First, he must complete twelve hours of solo flight time. For half of that, he will be cross-country flying, and for the other half, he will be making his short flight patterns around the airport.
But this isn’t his only accomplishment. Matthew has been helping his dad, Jack, with horseshoeing at the Tryon International Equestrian Center, as his dad is a collaborator for the Olympics. Matthew used to show horses, he helps on his family farm in Campobello and when all is said and done, he drifts straight back to his main hobby––piloting.
And helping his grandpa restore an old 1948 Navion, of course.

Years ago, Matthew’s grandpa, Skip, used to fly his kids in the Navion to and from Florida for vacation. The Navion is a seventy-three-year-old military plane that was modeled similarly to the P-51 Mustang fighter jet, and there aren’t a lot of them left. This Navion was made to land in rough fields and get in and out quickly, making sharp turns and, as Michelle puts it, doing flips and spirals in the air.
After owning the Navion for ten years, Skip sold it to an ex-military man out in California, who made minor changes to the plane.  But Skip’s son decided that he wanted to continue flying, so they researched the old Navion and found that the owner in California had passed away. So, Matthew’s uncle bought the plane back from the owner’s wife, took it back to South Carolina, and it now resides in a hangar at Fairview Airport in Landrum.
Matthew, his uncle, and Grandpa all work on the Navion to get it up in the sky soon. According to Skip, it should be flying over the Foothills in about two months. Everyone, look up. She’ll be the silver plane with a touch of yellow and navy blue, probably putting on a show for us.
And as for Matthew? Well, it might be his uncle’s plane, but Matthew might just be the pilot of it.
He says, “I’ve learned from my dad, mom and Papa Skip that when you have a dream, you keep working toward that dream until you’re living it. Don’t give up because it’s hard.  Anything great is never easy.”
We won’t see Matthew giving up his greatness any time soon. 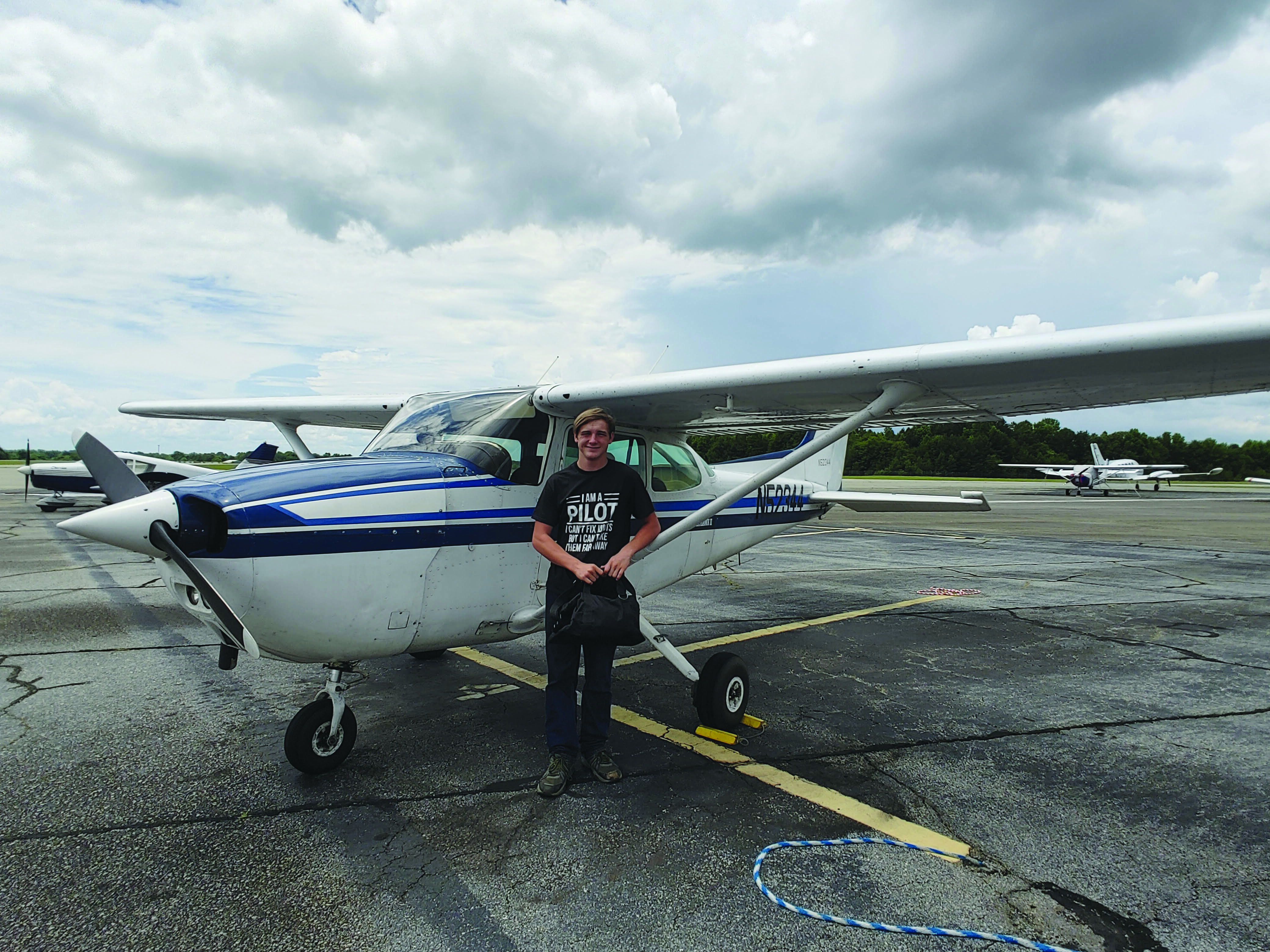 Life in our Foothills September 2020- The Nest