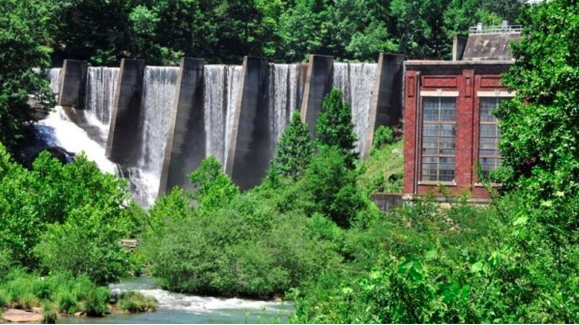 Petition is asking state for help with needed repairs

MILL SPRING—Polk County resident Irene LeCourt started a petition this week that had already gained 238 signatures as of Friday morning to get the state to help pay for repairs to the Turner Shoals Dam at Lake Adger.

Polk County owns the lake and the dam and is looking at millions in repairs. The dam was constructed in 1924.

The petition is asking North Carolina Rep. Jake Johnson, who is from Polk County and is a former Polk County Commissioner to continue his efforts to get state funding.

The petition says funding from the state would alleviate the overwhelming burden on the economically challenged citizens of Polk County.

Polk County has had engineering firms complete analysis of the dam over the last several years.

The petition says the engineering reports have revealed holes, seepage, concrete deterioration and other structural weaknesses.

The Turner Shoals Dam is classified as a high-hazard dam because if it were to fail there could be significant loss to life and property downstream.

“The dam will be 100 years old in 2024, and no structural repairs have been undertaken,” states the petition.

The petition can be found on change.org by searching support NC HB925.

Trevor’s Gift off to a great start