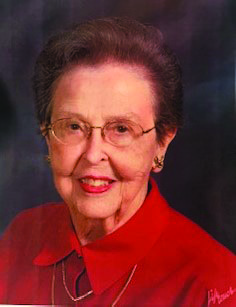 She was a native of Lexington, VA, daughter of Sarah (Sadie) Loving Stevens and Fred Turpin Deaver.  She was a direct descendent of Thomas Loving who landed in Jamestown, VA in 1635 and soon received a large land grant in the Rockfish River Valley of Virginia from King George II of England. Later the town of Lovingston, VA in that area was named for her ancestors.

Mrs. Deaver graduated Boston University in 1940 and later took graduate courses at the University of NC at Chapel Hill, Northwestern University, and New York University. She first joined the staff of the University of Virginia Hospital, then served from 1943-1946 in the U.S Army Medical Department, attaining the rank of Captain. The remainder of her career was spent in four Veterans Administration Hospitals. In 1953 she was sent to the then-under-construction Veterans Administration Hospital in Durham, NC to organize the Physical Therapy Department and establish a student clinical affiliation with Duke University and was appointed to the Duke University clinical staff. While there she also established student clinical affiliations with Medical College of VA, University of Pennsylvania, and four community colleges. She had an uninterrupted career in physical therapy until her retirement in 1974 when she moved to Tryon, NC.

In Tryon, Ms. Deaver immediately began volunteering with the Red Cross Bloodmobile (20 years) and St. Luke’s Hospital Auxiliary (36 years). Later she also volunteered as a lobby hostess at The Meeting Place (4 years). She was the prime mover in establishing the Tryon Swim Club, subsequently being elected to honorary life membership in the Club and on the Board.

In 1979 she joined the effort to form a hospice program in Polk County. She served without compensation, as the first Executive Director (over 4 years), remaining on the Board for 7 years. After a hiatus, in 2007 she resumed volunteering with Hospice of the Carolina Foothills.

In 1982 she was inducted into the Second Wind Hall of Fame. She served on the boards of St. Luke’s Hospital Auxiliary, Visiting Nurse Association, Polk County Red Cross, Tryon Swim Club, Hospice of Polk County, Second Wind Hall of Fame, and the Tryon Chapter of the American Association of University Women. She held a life membership in the NC Physical Therapy Association and the American Physical Therapy Association, serving on time on the board of the former. She had been a member of Tryon Presbyterian Church since 1975.

Mrs. Deaver was predeceased by two sisters, Mildred Louise Deaver and Virginia Deaver Tetlow. She is survived by one niece, three nephews, and several great and great greats.

Her cremains will be inurned in Stonewall Jackson Cemetery, Lexington, VA in the Fred Deaver family plot.

There will be no local services.