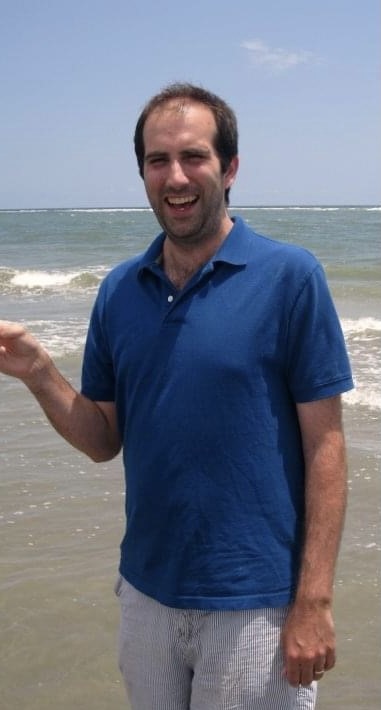 COLUMBUS–Elliott P. Hodges, 44, passed away peacefully in his home surrounded by his loving family on Friday, July 23, 2021 after a courageous two year battle with Multiple Myeloma.

He was born in Birmingham, AL and was the son of Rupert and Sally McKinnon Hodges. Elliott was the brother of Gregory Hodges and David (Dana) Hodges. He attended Spartanburg High School and was MVP of the baseball team his senior year. Elliott graduated from College of Charleston, class of 2000, where he played baseball his freshman year. He was involved in FCA and Real Life College Ministry.

Elliott was a lover of music. He picked up a guitar in college and became a passionate songwriter and musician. Elliott created, wrote, and produced multiple albums, with bands, friends and family. He had a heart for Jesus and hoped that people would gain a closer relationship to God through his music.

Elliott had a love for sports and games of all types. He enjoyed watching, playing, and even inventing them. Elliott coached his kids’ teams with a desire to spread his passion to others. He was wonderful at making people feel included while having a lot of fun.

His favorite place was the town of Montreat. Elliott went there as a child with his family and it gained a permanent place in his heart. He continued the tradition with his own children, and they now share his affection for the location.

Elliott loved being a father and a husband. He and Harby shared 20 years of life together, 17 of them married. He had such a love for his children that he stubbornly fought for more time with them until his very last breath. He had optimism to match his stubbornness. These characteristics served him well in his effort to have as many days here on earth as he could. He leaves behind his wife Harby and his daughters Cameron, 14, Elizabeth, 13 and his son Isaac, 10.

Elliott loved people. He was compassionate, empathetic and invested in his many friendships. He touched many lives and leaves behind numerous blessed friends. He even worked to brighten moods and put smiles on faces of the nurses and doctors that cared for him during his illness.

In lieu of flowers please consider donations to the Foothills Humane Society or Hospice of the Carolinas.