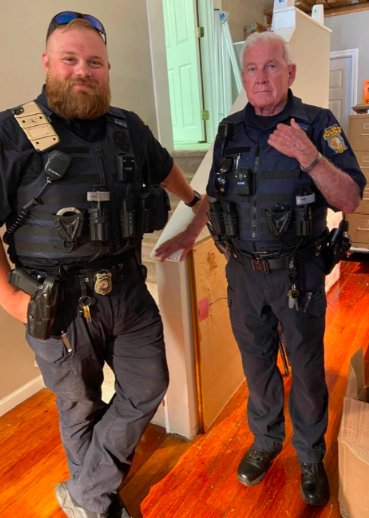 LANDRUM—Officers from the Landrum Police Department are receiving praise this week after helping a homeless woman.

Officers Jack Davis and Jamie Shehan found a young homeless woman in the park Wednesday and took her to Operation Hope in Landrum for help.

Operation Hope officials posted on social media this week that as the storm Elsa was heading this way, the officers knew they could not leave the woman with no means of shelter.

“First things first, we all prayed with her then let her get some clothes, toiletries and food,” Operation Hope’s post said.

Operation Hope then checked with homeless shelters in Greenville and Spartanburg, but they were full, so money was gathered within the community and Operation Hope was able to pay for a couple of nights at the Days Inn in Columbus.

Officers Davis and Shehan took her to the hotel.

Operation Hope thanked the District One and Greer, S.C. communities for their financial donations as well and the Landrum Police Department for caring about people.