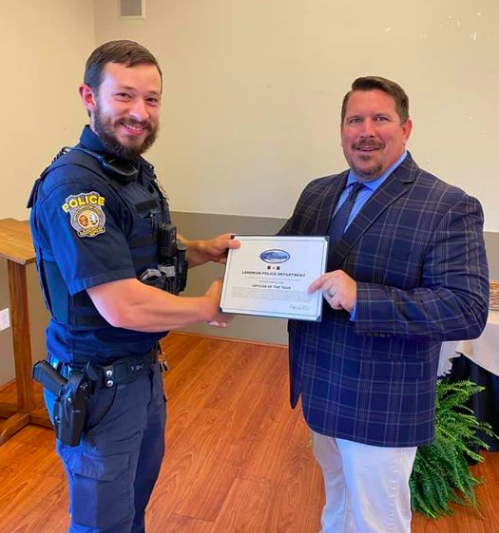 Landrum recognizes Officer of the Year

The awards banquet was held on Tuesday, June 29.

Officer Lewis was given Officer of the Year because he exhibit exemplary behavior, efficiency and morale, according to his submitted recommendation for the award.