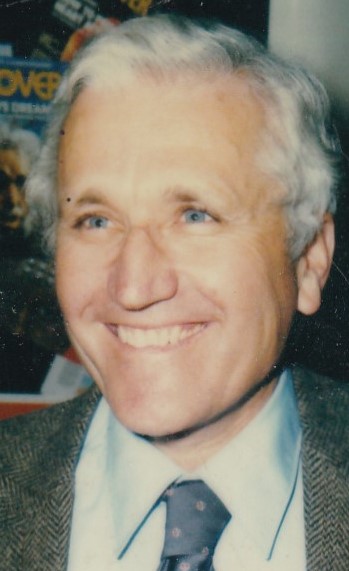 GREENSBORO–Ernest Wilton Lee, 93, of Greensboro died peacefully at home on June 22, 2021 surrounded by family. He was born June 25, 1927, and raised in Landrum, SC.  His life will be celebrated at 11 AM, Wednesday, June 30 at First Presbyterian Church in Greensboro, NC.  The family will receive friends following the service.

Dr. Lee attended Landrum High School in Landrum, SC, graduated from Clemson University in 1949, and earned a PhD from UNC Chapel Hill in 1963. He was an Army Veteran of the Korean War and we learned recently that he was in the Battle of Pork Chop Hill July 6-13, 1953.  In 1966, Dr. Lee married Sue Bell in Asheville, NC.

He taught at UNC Greensboro in the School of Education for 27 years where he specialized in science education. During that time, he served as Assistant Dean. He also served as president of the North Carolina Science Teachers Association, and was a life member of the National Science Teachers Association. He lived a life of service and kindness as both a lifelong teacher and an ever-curious student of life. He was very active in his community where he volunteered at the polls during every election, at the Greensboro Urban Ministry, with Habitat for Humanity, and for The Shepherds Center, and volunteered building ramps for people with disabilities. He was an active member of First Presbyterian Church for over 50 years where he was an Elder, taught Sunday school, and traveled on many mission trips to help build schools and other building projects around the country and world where his carpentry and woodworking skills could be applied.   He always enjoyed studying indigenous flora, fauna and rocks around the state with his students, camping, woodworking, vegetable and plant gardening, beekeeping (until his daughter became allergic), attending the Greensboro Symphony Orchestra for over 25 seasons, and astronomy. He was an ever-present, supportive father to his girls, volunteered tirelessly for all sports activities (swim meets), led Indian Princesses, drove to all games, practices, and recitals and was the best Granddaddy ever. No grandchild was ever without a bowl of ice cream at Granddaddy Lee’s.

He is survived by his loving wife of just shy of 55 years, Sue, their daughters, Amy and Susan; grandchildren, Susan, Alexis, Jackson, and Rachael; and siblings, Sara Frances Stokes and Elizabeth Beazley.  He was preceded in death by his parents, Joseph and Frances Lee, and siblings Harriet Gibson, Donald Lee, Mary Cheek, Bobby Lee and Joe Lee.

Dr. Lee’s family extends their gratitude to Hospice of the Piedmont for their tireless care.  In lieu of flowers, memorials may be made to Habitat for Humanity Greensboro (www.habitatgreensboro.org)  and to the Alzheimer’s Association (http://act.alz.org/donate).

Online condolences may be offered at www.haneslineberryfhnorthelm.com.