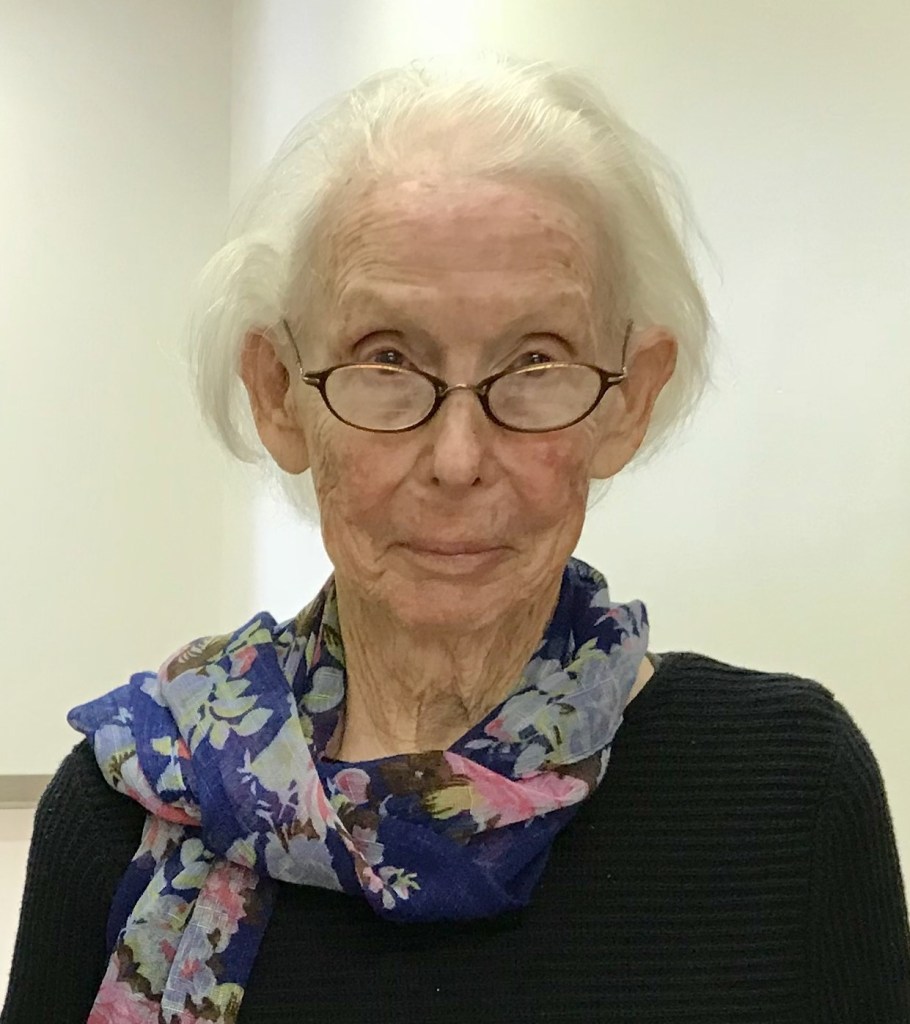 TRYON–It is an understatement to say that Dorothy Everett had always been a person of willful determination.

In 2009, at the age of 82, Dorothy left her home in Galveston, Texas, to begin a new life in Virginia. Whatever personal items she hadn’t already sold or given away were packed into her car for the solo drive halfway across the country. Having prearranged a brief stopover along the way with a friend in Tryon, North Carolina, she immediately fell in love with the town and never left it. With no desire to continue the journey onward, she sold her car and settled into the first of several rental apartments — all of which she would grace with her good taste and exquisite sense of style. Through her mastery of paint, color, fabrics and design, she had a habit of leaving every place she had ever lived better than she found it. Much better.

Dorothy was a private person. (She would, no doubt, disapprove of this obituary for revealing too much.) Not many memories of her early life were shared, even among those with whom she maintained long friendships. So circumspect was she with her life’s details that some were prompted to speculate she must be part of the Federal Witness Protection Program (or on the lam herself)! No, she was just a very private person. But the few memories she did reveal were impressive.

Born and raised in San Francisco, she had once studied hand-sewing with a Japanese master seamstress and that activity would become a life-long hobby. Although she kept a sewing machine, it was rarely used. She preferred doing all her fine stitchery work by hand, an endeavor that kept her happily occupied for endless hours while designing and crafting pillows, window shades, seat cushions, draperies and bedspreads. She was an amateur upholsterer, but an expert fabricator of window treatments. There’s more than one lucky house in Tryon whose windows have been beautifully enhanced with her detailed handiwork.

She was perhaps most proud of her association with the late George Shultz when he was president and director of the Bechtel Corporation. For several years she served as his personal assistant at Bechtel and something of a stern “gatekeeper,” charged with determining who was worthy of his time. Her position with the company afforded her the opportunity to travel the world in the late 1960s and early ’70s. The New York Times once referred to Mr. Shultz as someone who could be both “obdurate and inscrutable” – two traits one might readily apply to Dorothy as well. They maintained an intermittent communication after he left Bechtel to become Secretary of the Treasury under Nixon, and later Secretary of State for President Reagan. When she sent him a card with best wishes for his 99th birthday, he replied with a reminder that many years before, they had entered a friendly “competition” as to who would outlive whom. With his death preceding hers by a mere five months – an event that clearly saddened and affected her deeply – it would appear she “won” (as usual), but not by much.

Dorothy Jane Everett closed the last chapter on her full and determined life late Friday evening, June 25, after hospitalization for complications brought on by an untreatably invasive cancer. For those who knew the spry, sharp-minded 94-year-old, the news of her rapid decline is quite a shock.

Dorothy is remembered as someone appreciative of good food, good taste and good design. She was a bit of a Francophile and liked nothing better than the simple pleasure of savoring a flaky croissant or thick slice of brioche. She could often be seen having lunch at her favored Café La Gaule or making her way down Melrose Avenue to pick up another good mystery or spy novel from Lanier Library. Most every evening found her with a book in hand. She enjoyed working in the garden and relished her numerous visits to fine fabric stores and antique shops while dressed “to the nines” in Ralph Lauren. She also loved to keep busy by continually redecorating her apartment – an almost seasonal occurrence! She was fiercely independent and maintained that independent spirit right up until the end. As an only child who never married, she lived life on her own terms.

She will always be missed and never forgotten by those with whom she shared her time and boundless energy.