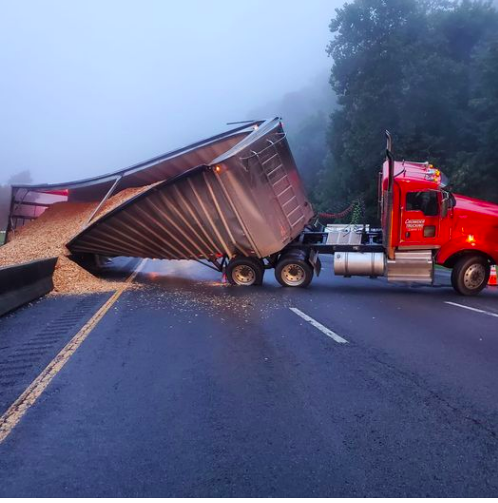 Traffic was at a stand still for most of the morning after a tractor-trailer carrying wood chips flipped over the guardrail and blocked both lanes of traffic.

Local emergency crews worked the scene to clear the area. Both sides of the interstate were closed for much of the morning.

There were no reports of any injuries.

Sunday’s accident occurred at the 64-mile marker of the interstate.

This is the second tractor-trailer accident that has caused major traffic delays on the interstate.

On June 4 a tractor-trailer flipped and caused traffic to be backed up to the Landrum exit, as well as along U.S. 74 with people trying to access Interstate 26 westbound.