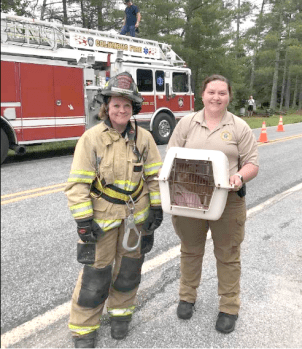 COLUMBUS—People may think the days of fire departments being called to rescue cats stuck in trees are over.

The Columbus Fire Department did just that this week for a cat that had been stuck in a tree for a few days.

The cat had been stuck in a tree since Saturday and was rescued this week by the fire department.

The cat was rescued near the golf course on Red Fox Road in Columbus.

Polk County Animal Control took the cat to the Foothills Humane Society after its rescue and the cat was reunited with its owner.