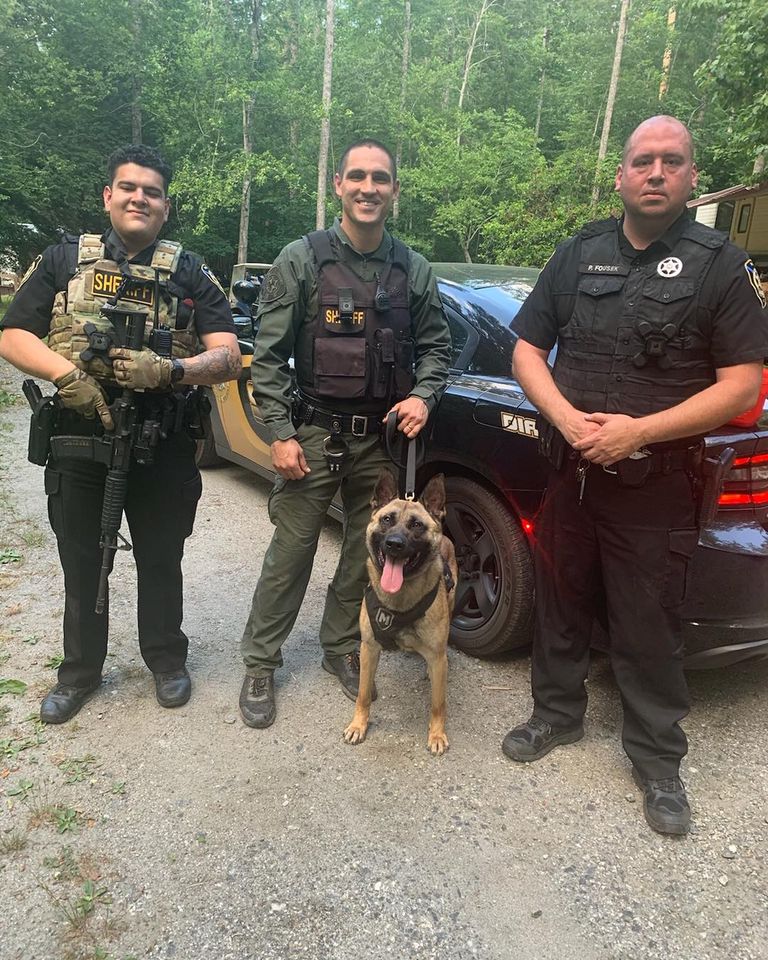 Polk deputies and K-9 track and arrest a suspect

MILL SPRING—The Polk County Sheriff’s Office responded to a domestic disturbance on Sunday with the suspect fleeing on foot.

Deputies and K-9 Joker tracked the suspect to the front door of the residence the male suspect was hiding in.

Deputies responded to a residence in Mill Spring in the afternoon for a domestic violence disturbance with injuries. Prior to the sheriff’s office arrival, the suspect fled on foot.

The suspect attempted to flee from that house but also reconsidered when he almost got to meet K-9 Joker in the back yard and decided to surrender peacefully, according to sheriff reports.

The name of the suspect has not yet been released nor have charges.

“Don’t commit crimes,” said Polk County Sheriff Tim Wright. “Don’t run from the law. If you do, these men and women who put their lives on the line each day will be there to make sure you answer for your actions in a courtroom.”