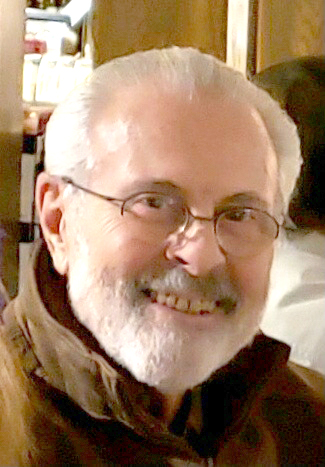 Tryon, NC–James “Jim” Cole, of Tryon, North Carolina, died peacefully on the 11th of May due to a rapid deterioration in his health. He spent his final days in ICU at Pardee Hospital, where he received skillful and humane care right to the end.

He is survived by Elaine, his wife of 42 years and partner in his business, his mother Virginia, his step-mother Josephine Cole, his children Michael, Suzanne and Bill, and seven grandchildren and six great grandchildren and his brother Steven.

Jim was born on Long Island on the 15th of November 1944, while his father William was a lieutenant on an oil tanker, carrying out dangerous missions taking fuel across the Atlantic. After the War, the family moved to Memphis, where his father worked in the Armored Motor Service, the beginning of a lifelong career which saw him rise to a senior position in Wells Fargo.

His brother Steven was born in 1948, and in 1953 their mother Virginia married Lewis M. Davis, a widowed dentist in Winchester, Indiana, and Jim grew up in that small town. He always gave credit to his step-dad for taking on two little boys and loving them like his own. In fact, Jim did prove to be a bit of a challenge, especially during his teenage years. Though he was top of his class in Math, his teachers reported that he didn’t make much effort in his other subjects. Instead, he found a love for cars, and spent countless hours with his pals tinkering with old wrecks. He bought his first car, a Ford, for $50, and though it broke down on the way home, he managed to keep it going for several years, and painted its wheels in quarters of pale blue and white to give it a distinctive personality around town.

His eventual success in his own business teaches us that we should let our children follow their passions, and not worry too much about what they don’t want to do. Still, a young man must have discipline, and after graduation Jim got just what he needed by serving in the US Navy for 2 years. His mother said that though he had always been a messy kid, when he returned home on leave, he ironed his clothes and stored them carefully in his tidy room. Also, during those years of service, his natural abilities were put to use, as he learned to apply his mathematical aptitude and refine his mechanical skills by training to become an electrical engineer on an aircraft carrier.

When he left the Navy, Jim went to work on an hourly wage for a firm that swapped radios and CB radios when customers wanted a dealer to replace the one that arrived in the car. Jim was a lateral thinker, and he had the vision to see his first business opportunity: he persuaded dealers to order cars without radios, and he set up a company to install whatever the costumer wanted, cheaper than the ones that came from the manufacturers, and Jim split the savings with the dealer. Dealer Profit Systems was born, and since then DPS, based in Tampa and now run by his sons Bill and Michael, has grown to be a major supplier of all sorts of products to dealerships throughout the Southeast, though his detailing division has never been asked to supply quartered wheels like the ones he put on his old Ford.

Jim enjoyed his life to the full, whether he was meeting the car dealers who became as much his friends as his customers, or tarpon fishing, watching NASCAR, travelling (especially to his beloved St. Barth’s), keeping fit (he ran 6 miles with Elaine most days before breakfast), or feeding the birds (and too often the bears) which visited his garden.

Jim valued family, friends and church above all else, and on his last day on this earth, Lynnette Sills, his Minister, said a prayer and read from the Scriptures at his bedside, witnessed by his wife, his three children, and his brother.

A Celebration of Life will be held later this year in North Carolina and in Tampa.

Instead of flowers, donations can be sent to the United Methodist Church, 195 New Market Road, Tryon, N.C., 28782.

MILL SPRING — Johnny Lee Wheeler passed away on May 5, 2021, at the Gordon Hospice House of Statesville. He was... read more