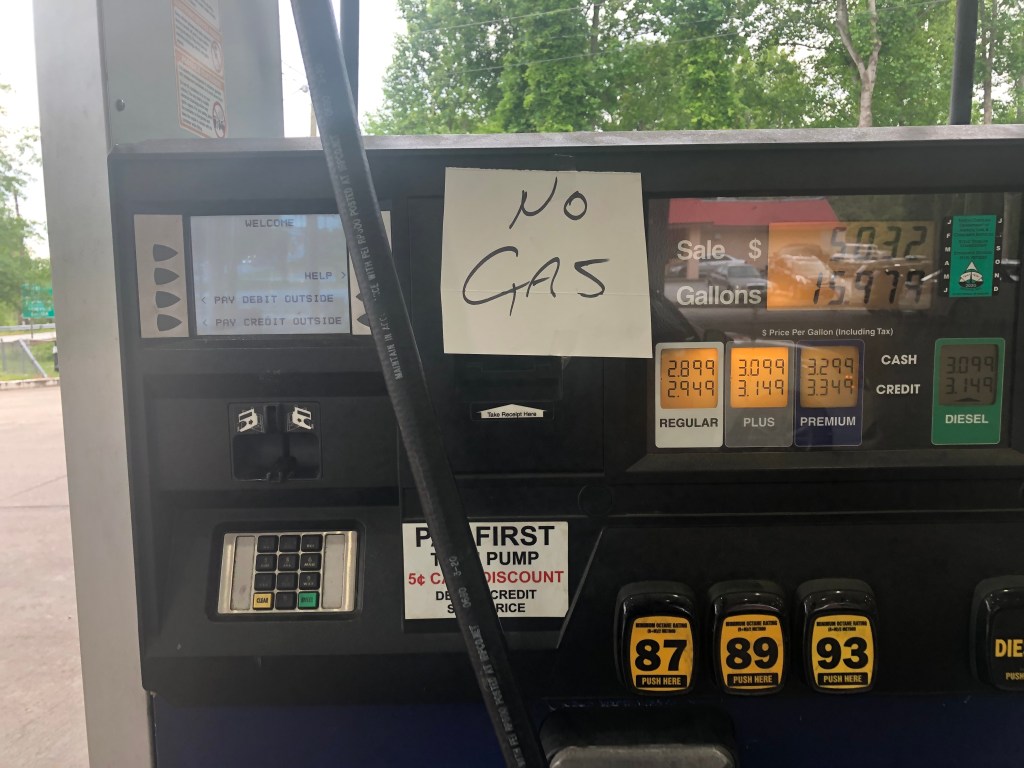 FOOTHILLS—Many area residents were searching for gasoline by Tuesday after a pipeline ransomware attack of a major pipeline.

Colonial Pipeline, which moves about 45 percent of the East Coast’s fuel, shut down last Friday after hackers infiltrated the servers. Local gas stations had long lines Tuesday and by Wednesday local residents were taking to social media trying to find stations with gasoline.

The shortage has caused stations to be out of stock as well as skyrocketed prices for fuel.

Colonial Pipeline officials said it expects to restore the service by the end of the week.

The shortage of gas was not seen in the area until Tuesday. On Tuesday morning, reports of gas stations being out of fuel in Virginia, North Carolina, Georgia, South Carolina, Florida and Alabama began circulating.

Officials have cautioned against panic buying.

The White House said it was monitoring the situation and trying to mitigate the effects and manage fuel supplies. The cyber attack has prompted the White House to form a task force and the transportation department temporarily relaxed rules to allow greater flexibility on fuel transport.