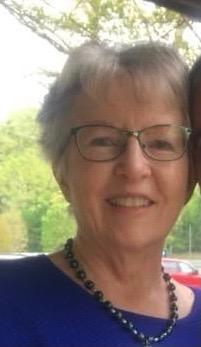 Jean was a loving, giving, and classy woman who enjoyed spending time with her family.  She touched many lives through fostering/adopting children, hosting foreign exchange students and being a friend to everyone she met. Several dogs were rescued by her and they became part of her family.

Jean grew up in Kings Mountain, NC where she attended high school. She earned a Bachelor of Education from Western Carolina and a Masters in Library Science from USC in Columbia SC.  She taught at schools in Bryson City, Etowah, Marshall, and Greer, SC.  Her career passion was in being a librarian and she became the Library Director for Madison County NC in 1993.  She was instrumental in raising over a million dollars to build a central new library in Marshall   She modernized the system with much needed new technology, and she was awarded the State Library Director the Year in 1995.

Jean was an avid gardener, reader and loved to travel. She journeyed extensively with her husband and other family members to many different countries and throughout the US.  Costa Rica and Alaska were her favorites.  In her retirement she designed her dream home and spent several years enjoying it overlooking Lake Adger near Columbus NC.  While in Polk County, she served on the Board of Directors of the Habitat Thermal Belt. She and Ed recently moved to Weaverville.

A memorial service will be held on Sunday, May 16 at 2:00 pm at the First Baptist Church on Main Street in Weaverville NC. In lieu of flowers, the family requests that donations be made to the Friends of Madison County Library in Marshall, NC or to Four Seasons Hospice in Flat Rock, NC.