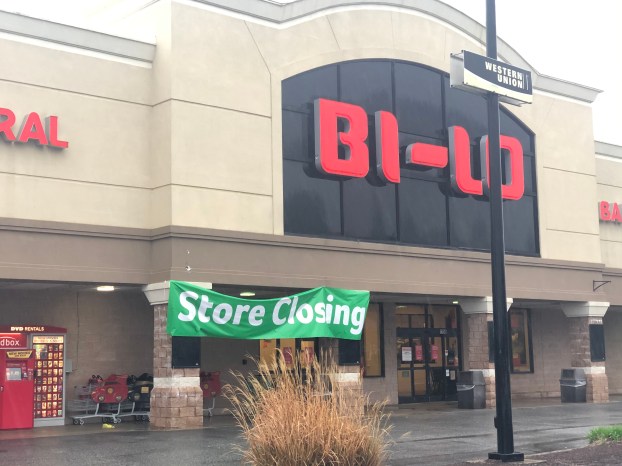 BI-LO in Landrum will be closing its doors on April 11. There have been no announcements of any businesses replacing the building, located off Hwy. 14 in Landrum. (Photo by Leah Justice)

Store will be closed for good April 11

LANDRUM—Local shoppers only have a couple more weeks to experience a BI-LO grocery store in the area.

The shelves are slowing being emptied at the store in Landrum, which will be closed on April 11.

There have been no announcements of any other stores taking the space.

BI-LOs are closing all over the area. Most are being taken over by Food Lion, but there is a Food Lion in Columbus just a few miles away.

There used to be a BI-LO in Columbus, but it was closed down a few years ago. Tractor Supply took over that space.

The areas grocery stores are few and far between. There is an Ingles in Landrum, a Food Lion in Columbus and an IGA in Tryon.

2 new blessing boxes installed in Tryon and Columbus POLK COUNTY—Anyone in need of food and other nonperishable items have... read more