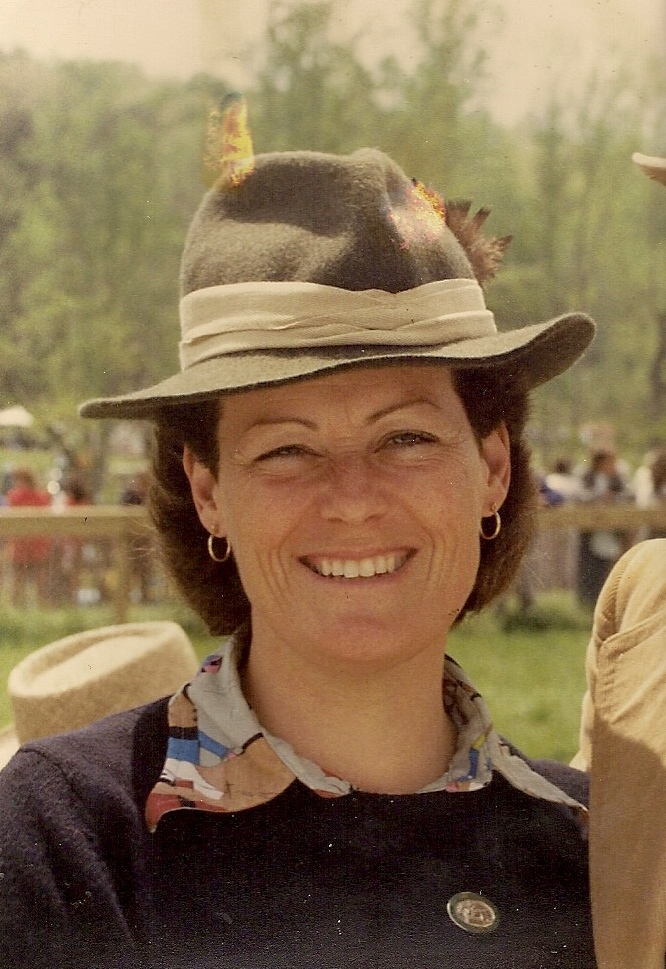 She was born March 18, 1949 in Sway, Hampshire, England. She grew up on a farm and started riding at an early age. She went to Talbot Heath School in Bournemouth, and then to Chateau d’Oex finishing school in Switzerland. After school, as she was not academically inclined, in lieu of university, her parents sent her on a trip around the world, providing a different kind of education. She then got her British Horse Society instructor’s credentials and went out to Bermuda to teach at a riding school there. After 10 years there she went to New Zealand where her parents had emigrated, and then on to visit cousins in Chester Springs, Pennsylvania, where she met her husband-to-be Kelly. They were married in 1984.

Four years later they moved to Landrum, South Carolina, where they established Keeping Time Farm. Annette taught riding, trained horses, competed, and was active in Pony Club. She and Kelly hunted with the Greenville County Hounds and bred thoroughbreds for racing and sport.

She is survived by her husband Kelly, her brother John Dunlop and a niece and nephew in England, and cousins in England, Ireland and the United States.

A celebration of her life will be planned for a future date.