Whole lot of quiltin’ going on 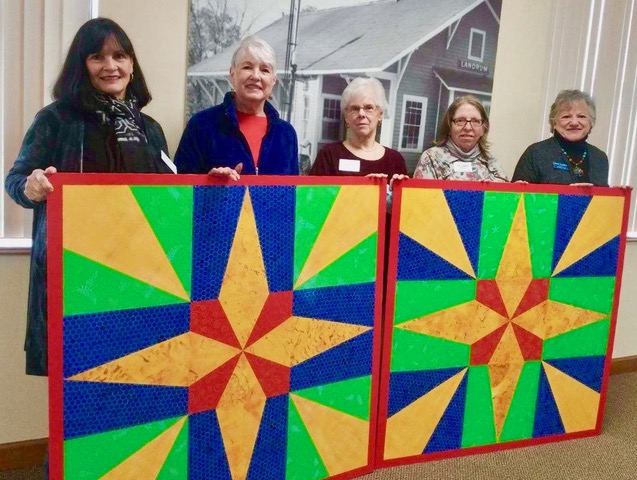 Guiding Star, variation 1 and variation 2, are the 43rd and 44th blocks on the Foothills Quilt Trail, supported by the City of Landrum. Each block is four feet square and incorporates colors from Operation Hope’s logo.

Since Operation Hope is an outreach ministry and thrift store supported by area churches, the name of the blocks has particular significance.

As Susan Tompkins, Operation Hope director, explained “A bright star can guide a person to hope through difficult times, provide peace to volunteers as they serve, bring joy to shoppers and donors as they help their neighbors, and, most of all, guide us all to the warm light and assuring love of Jesus Christ.”

She thanked the Landrum Quilters and the City of Landrum for their support.

A team from the Landrum Quilters works with the city administrator and quilt block sponsor to find a design which relates to the family, business or building where the quilt square will hang.

The city offers an incentive for quilt blocks to hang on commercially zoned property in the city limits, primarily on Highways 14, 176 and North Trade or connecting streets.